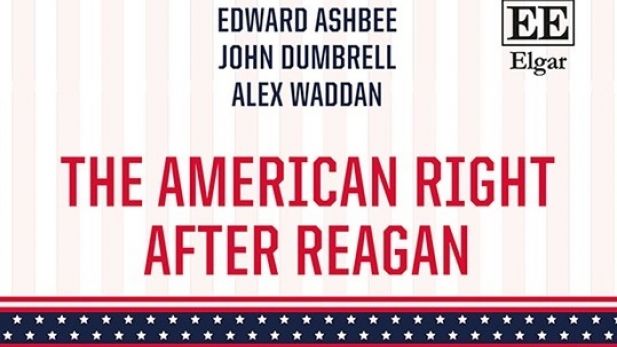 Eddie Ashbee has co-authored a major new study of conservative politics and the Republican Party in the United States which has just been published by Edward Elgar. The American Right after Reagan asks how the “party of Reagan” became the “party of Trump”. It argues that while the US followed a broadly neoliberal path from the 1980s onwards through the liberalization of some markets and de facto cuts in governmental provision many of these reforms lacked political visibility. US government seemed bigger than ever and the US increasingly appeared unable to get its way in the world stage. Growing anger amongst grassroots conservatives came together in 2016 with the frustrations of white workers so as to put Donald Trump in the White House and tilt US politics towards populism and nationalism.  ashbee_american.pdf