Gå til hovedindhold
Department of International Economics, Government and Business 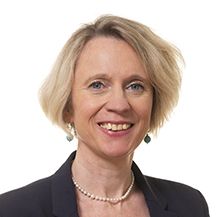 Caroline de la Porte is Professor MSO at the Department of International Economics, Government and Business, Copenhagen Business School. Prior to joining CBS, Caroline was Associate Professor at Roskilde University (2013-2015) and at the University of Southern Denmark (2007-2013). She holds a Research Master and a PhD from the European University Institute in Italy, and an MSc and BSc from Université Catholique de Louvain, Belgium. Caroline’s research focuses on comparative welfare state reform, the Nordic welfare model, and the Europeanisation of welfare states. She is a leading scholar on EU governance and public policy. Recent publications include “Agents of Institutional Change in EU Policy : The Social Investment Moment,” Journal of European Public Policy, 25(6) (with David Natali), and “The Court of Justice of the European Union and Fixed-term Work : Putting a Brake on Labour Market Dualization?”, Journal of European Social Policy, 27(3) (with Patrick Emmenegger). She is actively involved in externally funded projects and boards of international academic associations. Currently, Caroline is the principal investigator for CBS in the Nordforsk-financed research project “Reimagining Norden in an Evolving World” (ReNEW). Caroline has wide experience in teaching at all levels, uses blended learning in teaching and has contributed to the development of several Master programmes. Caroline supervises in a wide range of topics related to European Union politics, policy and law, as well as comparative public policy, in particular labour market and social policy, but also other issues, such as education policy and climate change.