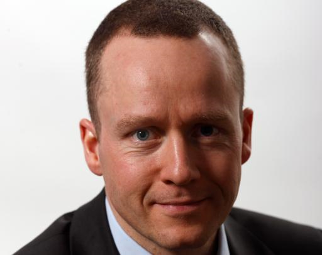 Arla Foods is a global dairy company with production facilities in 12 countries and sales offices in further 30 countries. Arla is among the seven largest dairy companies globally. Arla has invested heavily - and continues to do so - in IT to optimise operation and bringing Arla closer to customers and consumers. Consequently IT plays a vital role in Arla's 24/7 production as well as for electronic integration with customers. Arla has a constant appetite for utilizing IT further as a strong business enabler within the commercial area of the value chain, and as a mean to keep pushing the efficiency agenda in the supply chain. However, if issues within the core IT services surface, this will steal the agenda.

CIO of Arla Foods Torben Fabrin talks about Arla IT's current journey of shifting IT towards a strategic driven business focus.

Bio
Torben Fabrin is Chief Information Officer (CIO) in Arla Foods. Before joining Arla in 2010, Torben worked as CIO for Deloitte Denmark, where he was also a member of Deloitte's global CIO Council. Prior to starting his CIO career in 2004 Torben held several roles in management consulting in companies like Accenture and Deloitte. Torben graduated from Aalborg University in 1998 and holds a master's degree in Computer Science and Math. One semester was taken at Pretoria University in South Africa. Torben also spent a total of four years in the Danish Army as an officer including ½ year UN service in Sarajevo. Torben lives in Aarhus.

If you plan to attend the seminar please let us know via email: registration.itm@cbs.dk