How has the Danish elite influenced the Danish model? Is Danish innovation policy different from those of China and USA? These are the themes of two out of five research projects which have been granted almost DKK 15 millions from The Independent Research Fund Denmark. 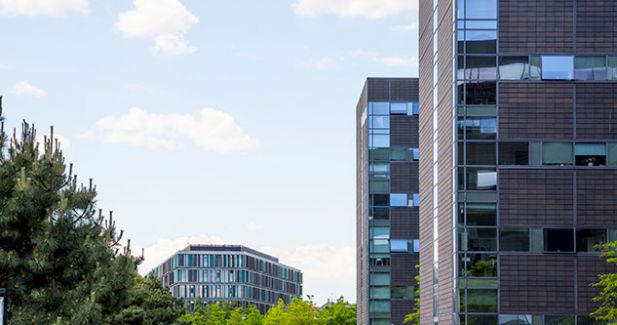 Through access to new digitalised editions of Kraks Blå Bog (Danish Who is who), it will be possible for the first time to map the development in the Danish elite year by year in parallel with the formation of the Danish society. Kraks Blå Bog in fact portrays 20,000 important Danes from 1910 to the present, which serves as the basis for one of the research projects from CBS, ”Longitudal Networks”; a project that has been financially backed by The Independent Research Fund Denmark.

The Independent Research Fund Denmark has published its annual allocation of grants for independent research, and CBS researchers have received funding for five projects at a total value of DKK 14.8 million.

The five research projects that have been supported financially by the Fund conduct research within social sciences and business and include:

Read more about the five projects:

The extraordinary increase in Chinese export in the past two decades have been a new source of competition to European companies. In the 90s and 00s, the EU was exposed to a massive pressure of competition from the import of Chinese goods. The import from China to the EU has in fact risen more than ten times between 1992 and 2012 after China joined The World Trade Organization (WTO) in 2001. Literature that is looking into the effects of Chinese import on local labour market conditions have become comprehensive. Far less knowledge exists on the effects of Chinese competition on innovation activities at corporate level in small, open economies such as Denmark and Portugal, which are heavily affected by globalisation. In addition, we need to increase our understanding of the role that Chinese import is playing in relation to corporate transition from manufacturing to a larger focus on service. The primary objective of this research project is therefore to illuminate the consequences of the competition from Chinese import for company innovation, phased elimination of production and increased focus on service-oriented tasks and activities.

A study of the effect of monetary policy communication on bond and currency prices. Since the interest rates have decreased to below zero in many countries, traditional monetary policy, which affects long-term interest rates by controlling short-term interest rates, have lost momentum. For this reason it has become even more important to understand how central banks communicate and which information they provide, especially in times of crisis. Monetary policy communication delivered worse than expected can result in negative macro-economic shocks to different asset classes, both in the home market and internationally. The project suggests new theoretical models and confirms their impact on state bonds and currency rates by means of new data including international monetary policy.

Project title: Trade and the Distribution of Welfare: An Empirical Approach

Commitment to globalisation is the cornerstone of Danish economic policy. Denmark is a member of the EU, WTO and the Nordic Council. At the same time, a just society is the epitome of Danish values and an important goal for Danish social policy. Many Danish government initiatives are designed to reduce inequality such as free access to education, public health care, high marginal top-rate tax and comprehensive social assistance. The project wishes to develop a new empirical framework to identify the winners and losers of globalisation, quantify the size of these gains and losses, and decide through which specific channels trade affects the welfare of the Danes. Identifying these channels is a necessary step towards the design of further political initiatives, which can help workers who have been negatively affected by international trade. The results of the project will be useful to Danish decision-makers continuing their efforts to ensure that globalisation benefits a Danish majority.