The shifting relations between public and private sectors and actors is the source of considerable discussion, debate and policy intervention both nationally and internationally. The following definitions give a flavour of this and indicate some of the key issues to which the platform’s work and activities will be addressed.

What do we mean by Public-Private relations and partnerships? 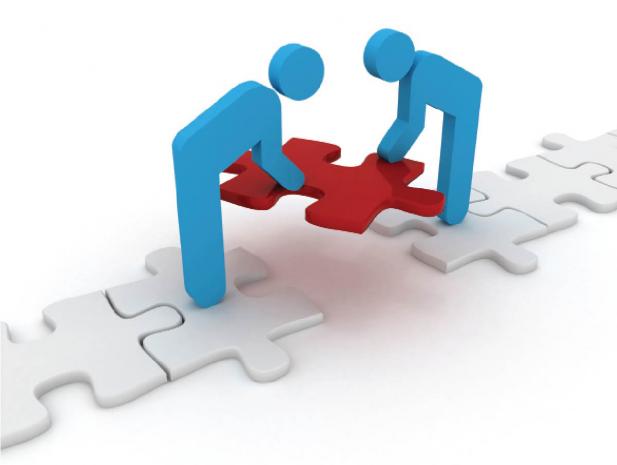 “In the 21st century, no institution can solve global challenges on its own. There is no monopoly on good ideas. That is why I believe so deeply in partnerships – strategic partnerships"

Quote: Ban Ki-Moon, read the entire speech, and see the selected definitions and publications below for a greater understanding of what the CBS Public-Private Platform mean by public-private relations and partnerships.

“Public-private partnerships (PPPs) combine the resources of government with those of private agents (businesses and or not-for-profit bodies) in order to delivery societal goals. The forms taken by public-private partnerships include contracting out of services, business management of public utilities, and the design of hybrid organizations for risk sharing and co-production between government and private agents”.

“More or less sustainable cooperation between public and private actors in which joint products and/or services are developed and in which risks, costs and profits are shared”

“Public-private partnerships (PPPs) combine the resources of government with those of private agents (businesses and or not-for-profit bodies) in order to deliver societal goals. The forms taken by public-private partnerships include contracting out of services, business management of public utilities, and the design of hybrid organizations for risk sharing and co-production between government and private agents”.

“The hallmark of this form of cooperation (public-private partnerships), which is generally geared to the longer term, is the role of the private partner who is involved in the various phases of the project (planning, implementation, operation), who is intended to bear the risks that are traditionally borne by the private sector, and who often contributes to financing the project”

European Commission. 2007.  Commission interpretative communication on the application of Community law on Public Procurement and Concessions to Institutionalised PPP (IPPP).

“Partnering with users and citizens has emerged today as an important approach to innovate public service delivery, furthering some trends already underway in OECD countries (…). This paradigm considers that public services work best when designed and delivered in partnership with citizens in order to harness their interests, energies, expertise and ambitions (…).

“Government refers to the structure and function of public institutions. Governance is the way government gets its job done. Traditionally, government itself managed most service delivery. Toward the end of the twentieth century, however, government relied increasingly on non-governmental partners to do its work, through processes that relied less on authority for control."

“Public governance, which is the focus here, can itself be broken down into five distinctive strands: socio-political governance, public policy governance, administrative governance, contract governance and network governance”

“Collaboration means joint working or working in conjunction with others. It implies actors- individuals, groups or organizations – cooperating in some endeavour. (…)  By the turn of the century, governments were becoming interested in higher levels of collaboration – especially in vertical and horizontal collaboration, in whole-of-government integration, joint solutions and in various active partnerships. Governments began to redefine themselves as “facilitators” engaged in “value chains” and working through markets, rather than autarkic “doers “, who owned, operated and produced things themselves. They realized and accepted that they were reliant on a host of other actors in order to deliver effective outcomes”

Governments in the future will not simply be bureaucratic providers of narrow ranges of public goods. They will no longer merely occupy the space traditionally promulgated by and occupied by governments to act as monopolist service owner and direct provider. Instead governments will act as aggregators of networks, managers or partnered arrangements and buyers of diverse services and news forms of value. In this transformation, they will need to refashion their systems, practices, structures and skill sets in a way that reflects the government’s new role in service delivery and working through network governance models” (p. 27).

“States have changed considerable in character as they have adapted to changed circumstances. In recent decades the challenge of globalization followed by the challenge of the deep recession has prompted considerable experimentation in governance techniques. We can be reasonably confident that both states and corporations will look significantly different in the future than today even though it is impossible to be certain what their future character between them will be. The dominant theme of the 1990s was “from government to governance”. States would adapt to new circumstances through measures that included contracting out, relying on indirect policy measures such as tax incentives or rewards schemes and networks” (…) Financial crises may have unpredictable consequences for the structure of corporations and almost certainly lead to new regulatory governance structures sponsored by the state. However, the balance between state and market is subject to long-run cyclical fluctuation. The state advances and the market retreats, only for the market to advance again, followed in turn by a reinvigoration of state power as awareness of the deficiencies of the market as form of social organization is renewed” (p. 29).