Competitiveness in industry and society

In this section we present our themes on competitiveness related issues. Please contact the theme facilitator or us if you would like to join other researchers working on a particular theme.

We are pleased to announce that we have several competitiveness related themes in place. By engaging faculty across all of CBS, the purpose of themes is to develop cross-disciplinary collaborations among dynamic groups of researchers engaging in important areas where they can work with competitiveness from different angles.

Below you can read more about the already established themes on competitiveness. Just click on the dropdown menu. More themes will come...

The booklet is also available for download to your Ebook reader, tablet or smartphone (Saxo.com)

If you are interested in company cases, you can also download the case Brüel and Kjær - Expanding Markets Through Analytical Services and Solutions. This report considers the case of Brüel & Kjær and how it has sought to successfully develop highly complex analytical services and solutions alongside solution-based business models. It explores the opportunities and challenges encountered by the company in seeking to scale up these developments to certain areas of its business.

The case is also available for your download to your ebook reader, tablet or smartphone free of charge.

MANUFACTURING ACADEMY OF DENMARK (MADE)

CBS takes an active part in the Manufacturing Academy of Denmark (MADE) and its membership is anchored in the CBS Competitiveness Platform.

MADE - Manufacturing Academy of Denmark - is an independent association established in 2013 working to promote production in Denmark through research, innovation and education. MADE consists of 26 production companies, five universities, two institutes of technology and the Confederation of Danish Industry with support from The Danish Industry Foundation, Provincial Industry Employers' Association (PA) and the Copenhagen Industries Employers (IAK).

In late 2013 MADE received a Strategic Platform for Innovation and Research grant, a so-called SPIR grant of DKK 64 million for production research from the Strategic Research and the Council for Technology and Innovation. The grant is co-funded by the following actors: DKK 88 million from businesses (in-kind and cash), DKK 21 million from The Danish Industry Foundation, IAK and PA ( in addition, DKK 8 million to establish the  MADE Association), and DKK 10.5 million from the universities. The overall research framework therefore amounts to DKK 183.5 million over 5 years. 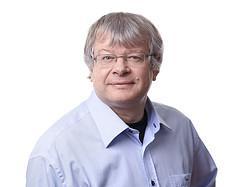 Researchers from CBS participating in the new big research collaboration, Manufacturing Academy of Denmark (MADE), which with 183.5 million DKK shall strengthen Danish production and competitiveness.

MADE is a new major collaboration between companies, universities and technology institutes in Denmark, which with 183.5 million DKK is to create a stronger research environment within  production in Denmark over the next five years.

Simultaneously the collaboration is to strengthen Danish manufacturing companies  in order to reorganize production, to meet the demands of customers and competition.

- With MADE, we launch a coherent approach in which companies can develop their production in close correlation with researchers and other companies. It will make Denmark more attractive to produce and invest in – and provide a needed boost to our productivity, explains CEO of DI, Karsten Dybvad. The President of MADE, research director at Grundfos, Lars Enevoldsen supplements:

- The manufacturing industry is constantly under pressure by countries, where costs are lower than here. But it is not enough to have the goods produced more cheaply. The customers continuously have new demands, and that requires a fast and flexible production.

The future production paradigm in Denmark

- The purpose of CBS’ contribution to MADE is to formulate the future Danish production paradigm, that is, a paradigm for the retention and extension for production in Denmark, says Professor Torben Pedersen, SMG, who leads the CBS research under MADE.

All the CBS researchers participating in the project, are part of the CBS Competitiveness Platform. Besides Torben Pedersen, it is the professors Christer Karlsson, OM and Thomas Ritter, SMG.

DTU Management Engineering, Aalborg University and Force Technology are also a part of the research on the production paradigm of the future.

Torben Pedersen emphasizes, that many Danish manufacturing companies across industries and size, face the same challenges, such as how to combine high efficiency with a willingness to take risks by introducing new ideas in production, or how to utilize the benefits of standardization without losing flexibility.

There will be a large numbers of experiments in the involved companies.

- The experiments should give a clearer picture of the future production paradigm, which also encompass the distinct circumstances present in the Danish labour market: flat hierarchies, a flexible job market, as well as the fact,  that independent and inventive employees has special assumptions to deal with these challenges, explains Torben Pedersen, who is looking forward to get started, just as the business partners do it:

- The problem we are going to deal with, is interesting not only from Grundfos’ perspective but overall for the industry in Denmark, says Torben Buch Rasmussen, Technology Director at Grundfos, who is one of the partners in The Future Production Paradigm.

Long-term link between theory and practice

Torben Buch Rasmussen is particularly looking forward to see the long-term link between the practical and scientific world:

- We are used to have students in the company, who, in a short period deals with different problems. But to focus over a long period of 4-5 years gives totally different perspectives to create a link between the practical and theoretical world. To have academic capabilities in the project will be new, that will be interesting to follow, he said.

Besides Grundfos, the partners where there are projects, is Coloplast, NKT Photonics, TRESU and Haarup Maskinfabrik. CBS expects that this list be expanded with several companies, since the projects already have attracted much attention. Especially the small and medium-sized enterprises (SME) are in focus.

MADE is and independent association that was established last year, which consists of 26 manufacturing companies, five universities, two institutes of technology and Confederation of Danish Industry. MADE has received grants from, among others, The Danish Council for Strategic Research and The Danish Council for Technology and Innovation. The overall research framework was thereby 183.5 mio. DKK over 5 years (See Fact Box)

88 mio. DKK from the companies (in-kind and cash), 21 mio. DKK from The Danish Industry Foundation, The Copenhagen Industries Employers (IAK) and The Provincial Industry Employers' Association (PA) (additionally 8 mio. DKK for the establishment of MADE association), and 10.5 mio. DKK from the universities. The overall research framework is thereby 183.5 million DKK over 5 years.

Human Capital Analytics Group (HCA) at CBS is a research theme within the CBS Competitiveness Platform. HCA is a non-for-profit organization, dedicated to making analytical human capital research accessible, comprehensible and to bring it closer to practice by co-creating and transferring knowledge to Danish companies and inspiring them to take action.

“Excited to see CBS officially taking a lead on this and establishing a Human Capital Analytics Group at CBS - no doubt this will shape the future of HR and bring data and evidence closer to the center of HR practice." - Thomas Hedegaard Rasmussen, Vice President, HR Data & Analytics at Shell 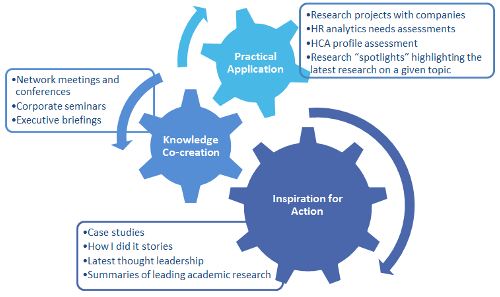 To date, HCA has created a community of HR professionals and academics via LinkedIn (search for “Human Capital Analytics Group” on LinkedIn). Additionally, we have started publishing executive summaries of the key, most influential academic articles published in the top, international peer-reviewed journals (see: http://www.cbs.dk/en/research/cbs-research-projects/major-research-projects/human-capital-analytics/research-insights). We have also presented at several academic (e.g. Academy of Management) and practitioner-oriented conferences (e.g. NOCA’s Årsdag). Finally, we have facilitated corporate workshops on the topic of Human Capital Analytics, which have been extremely well-received by participants and companies.

“We were able to identify business critical challenges where the HCA group at CBS could support us on our learning journey in putting big data through rigorous analysis, with the ultimate goal of making evidence based decisions. It was very inspiring to see that this can be done and I have no doubt that we as HR professionals need to get very comfortable with this approach, the sooner the better." - Wicky Skarelokke, HR Business Partner, Automatic Controls & Danfoss Refrigeration, HCA Workshop Participant

Fundamental to the success of this research theme is collaboration with external stakeholders (such as companies, NGOs, government institutions, and individual practitioners) on education, research, and knowledge dissemination.