Birthday celebration: Tributes to the UN and the SDGs

The SDGs were on the agenda on 24 October for the UN birthday celebration at Kilen on a festive day with speeches and music.

As the UN birthday was celebrated at CBS campus Kilen, an array of speakers with solid foundations working with the sustainable agenda in academia and politics offered their perspectives on the SDGs, and the Sustainability Influencers provided the viewpoint of the youth on the future. From a diverse background of occupations, the speakers all echoed the message that the future is now and fundamental changes are inevitable.

Mogens Lykketoft, former Danish politician and President of the UN General Assembly, spoke about the roots of the UN and the ambitions contained in the SDGs in his tribute to the UN.

“What the United Nations has done in 2015 with the SDGs and the climate agreement is actually to take a very advanced position on what is the agenda of the future. Namely that we cannot eradicate poverty totally on this globe. And within the present model of economic develop, we have to realize fully that resources are limited. That the way we consume and produce is not sustainable. That it's high time for fundamental changes.”

Mogens Lykketoft’s speech was livestreamed from the CBS PRME Facebook page, where you can watch the full video. 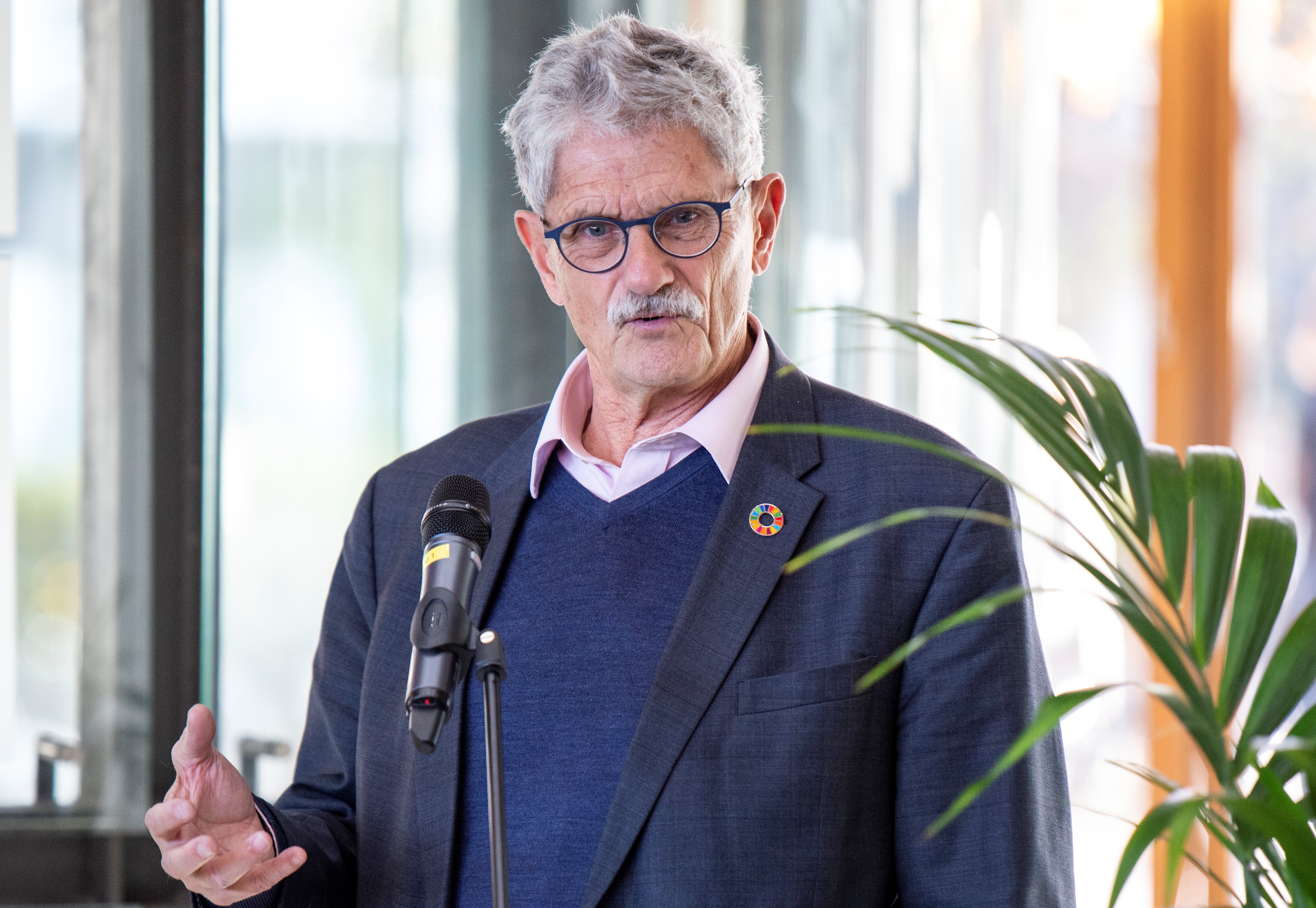 Honorary professor at CBS Steen Hildebrandt emphasized the UN as a solidarity project in his speech and stressed the fact that the SDGs can only be realized if we all take responsibility for them. He specifically called out the role of educational institutions in shaping the minds of future leaders.

“Everything CBS works with must be reevaluated in the light of the SDGs. What is the leadership of the future? Rather than leadership, we should be talking about stewardship.” 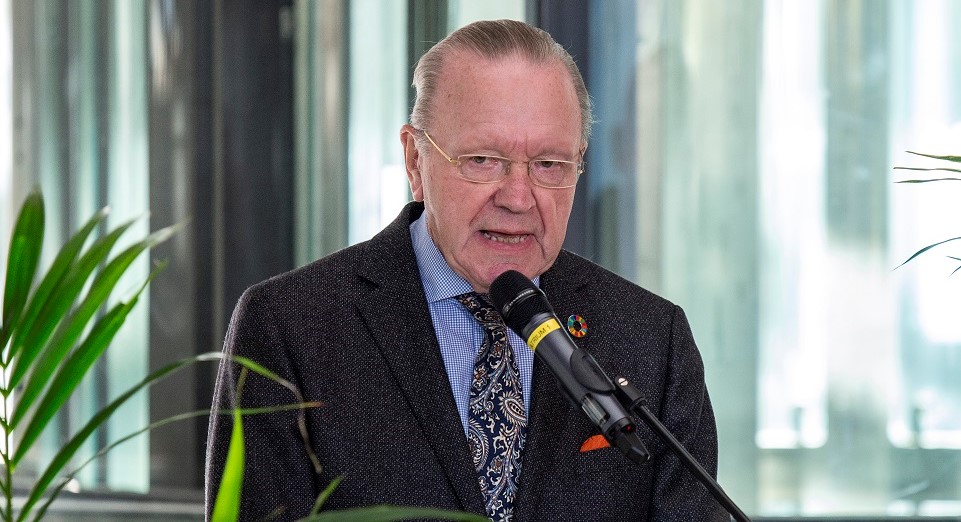 The Sustainability Influencers, represented by Luna Andersen and Mikkel Mogensen, provided an inspiring commentary on the role of the young generation in shaping a sustainable future, noting how the solution to the challenges facing humanity would require the collaboration of everyone to achieve.

“Action must be driven by all of us – political leaders, businesses, universities, and the younger generation.” 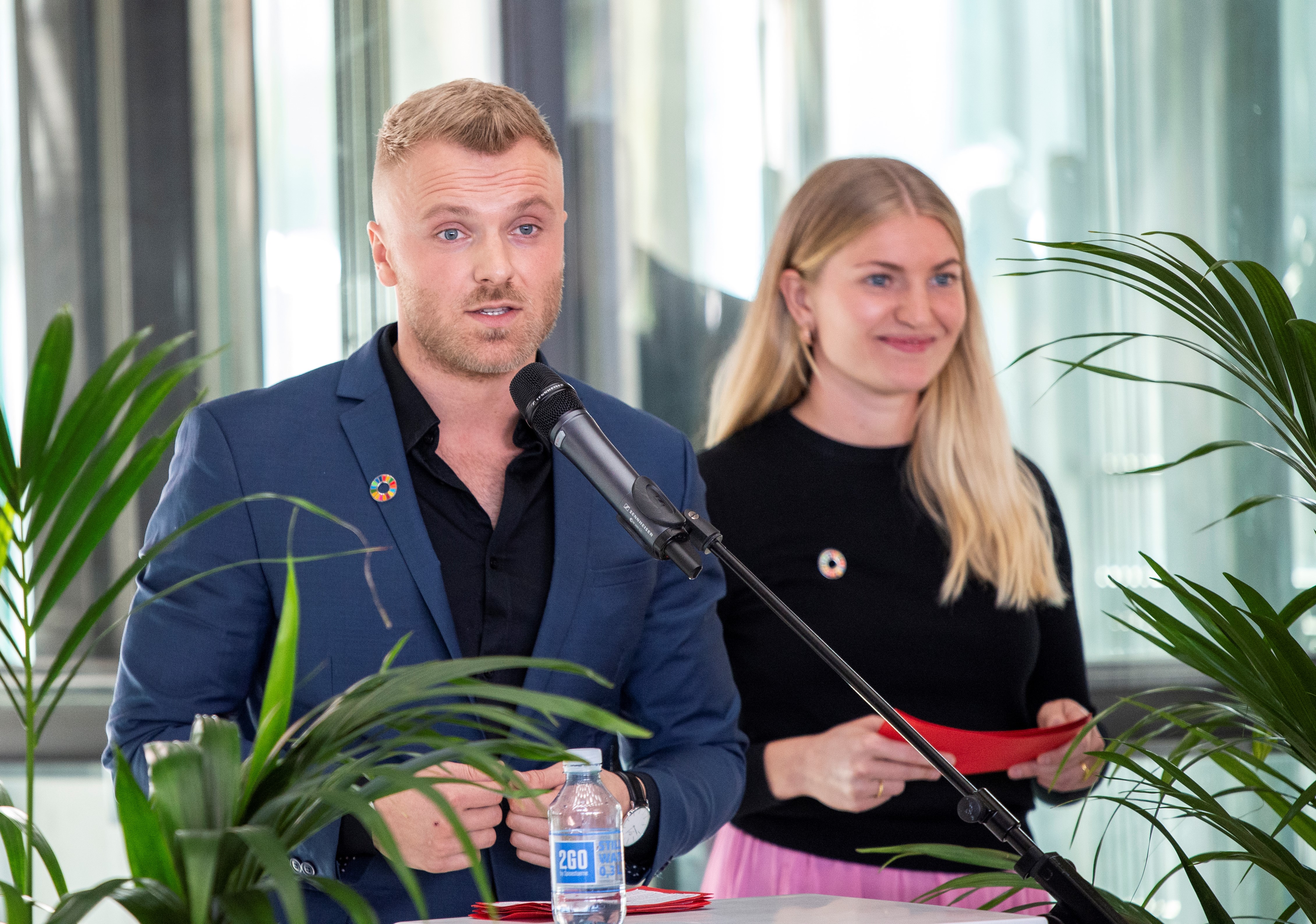 Frederiksberg Municipality’s mayor Jørgen Glenthøj gave his speech on the initiatives taken by CBS’ home municipality in working towards the SDGs and making them a part of the citizens’ daily lives.

“The global goals are about everyday life – it’s not so hard to make a difference if we do a little every day. In Frederiksberg, every citizen should be able to see at least one tree from their home.” 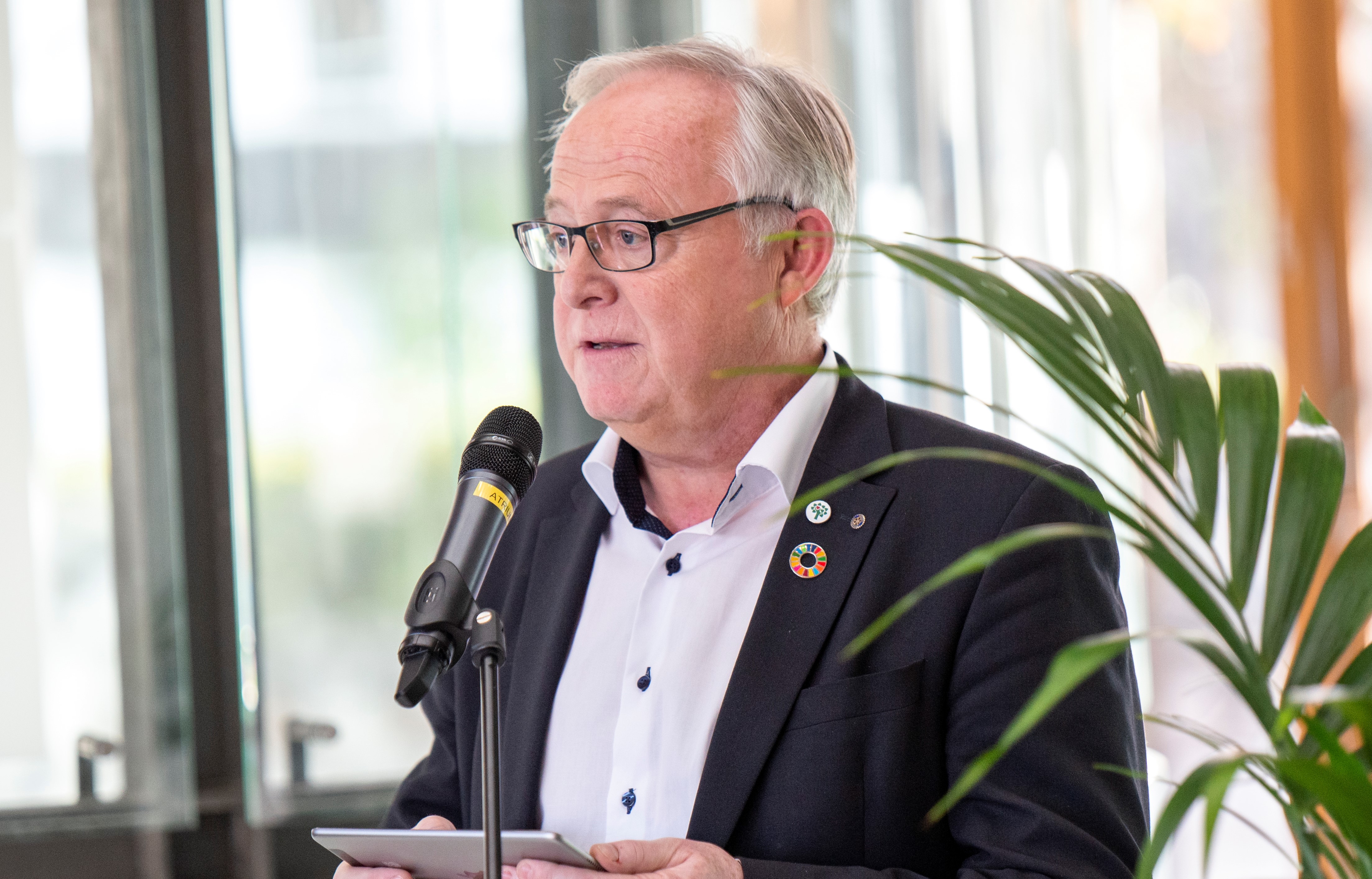 The day’s programme wrapped up with the announcement of the UN quiz winner, followed by music and song. The quiz winner got to join Per Holten-Andersen and Jørgen Glenthøj in planting the UN tree outside Kilen.

Afterwards, the attendees were invited back inside Kilen for a vegetarian reception and organic wine. 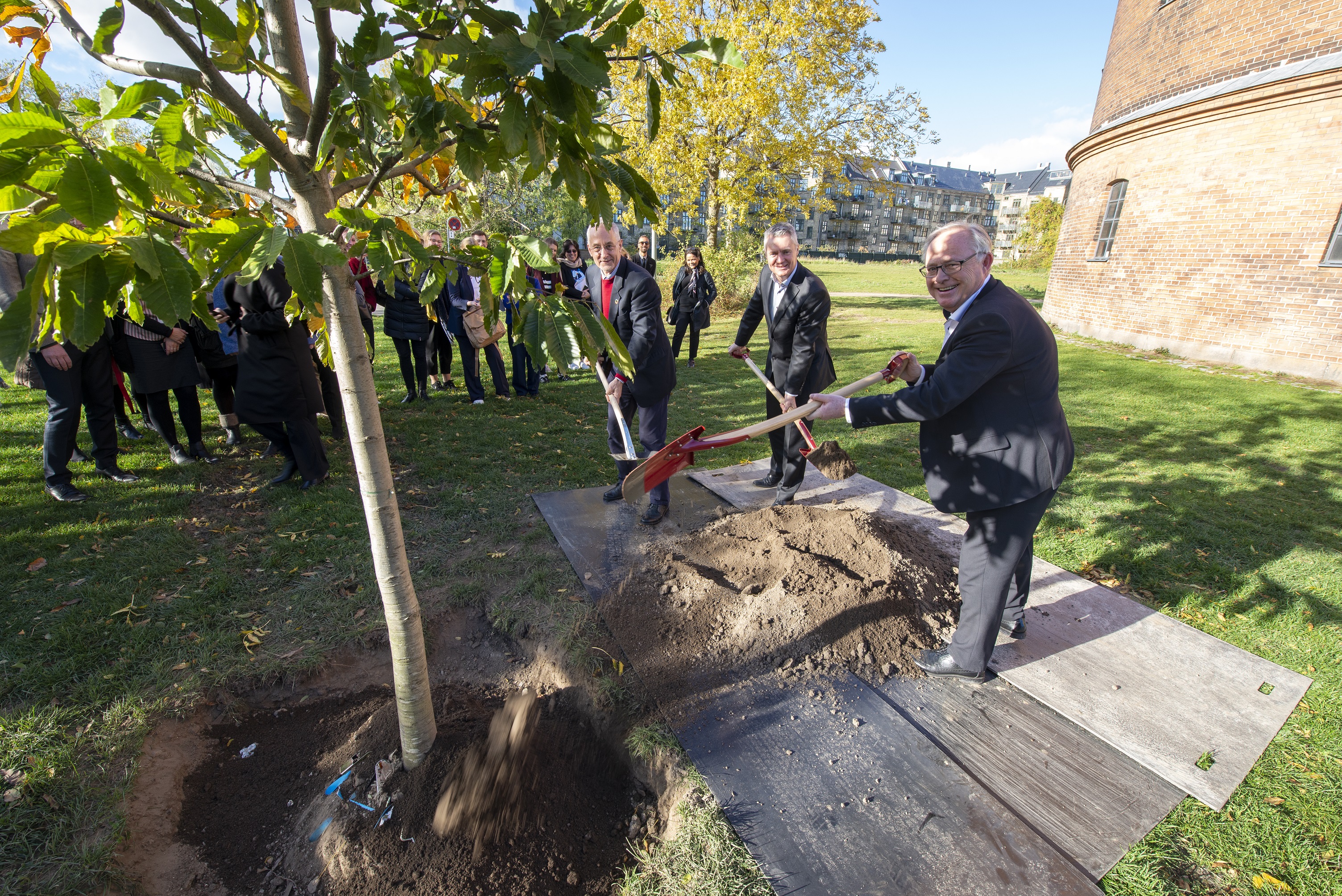 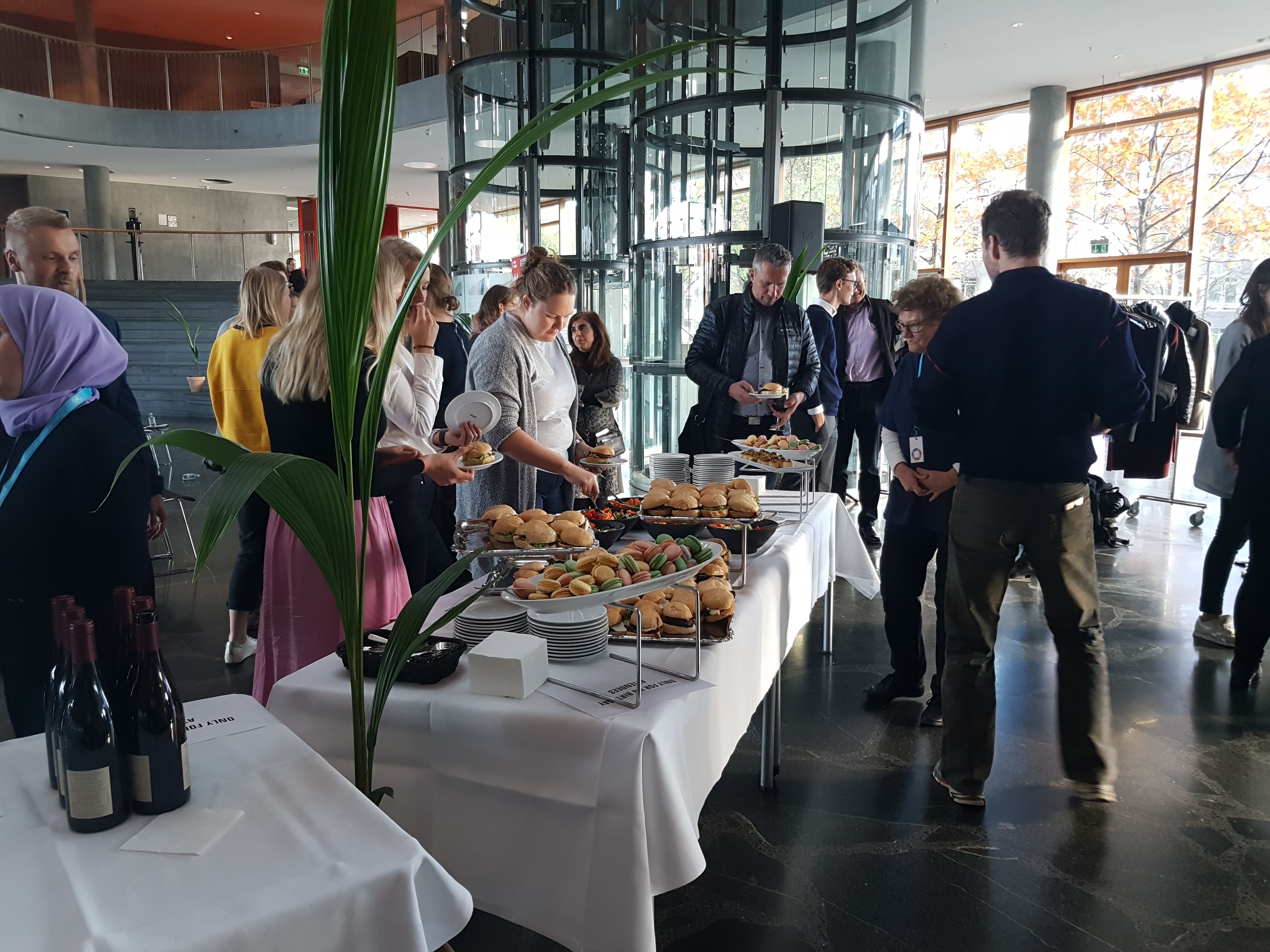