While many of you were enjoying your summer vacation, researchers and PhD students at CBS were participating in the world’s largest management summit. Thousands of business researchers from across the globe met to share their thoughts and insights. Dean of Research Peter Møllgaard talks about his impressions from this year’s Academy of Management Annual Meeting and what all the hype is about. 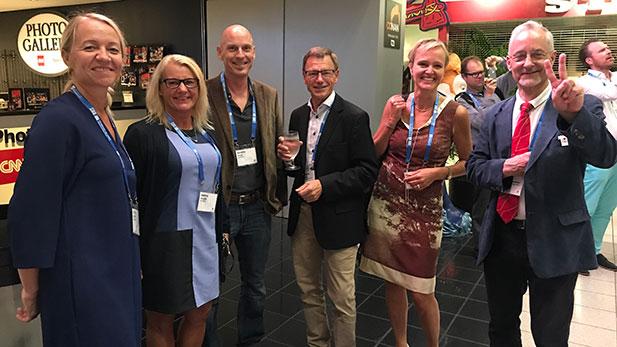 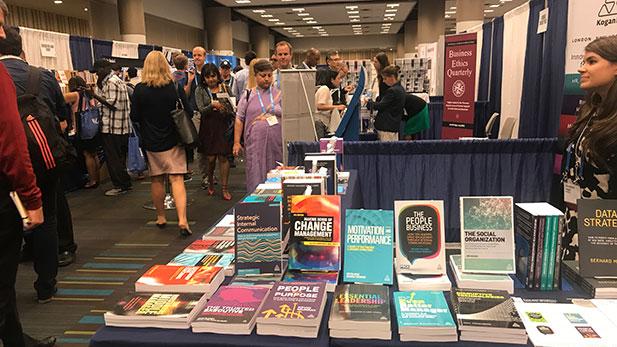 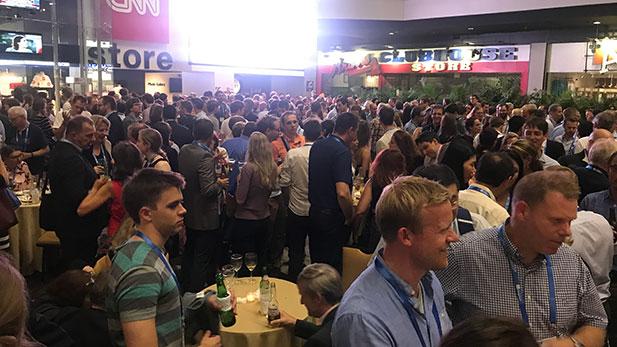 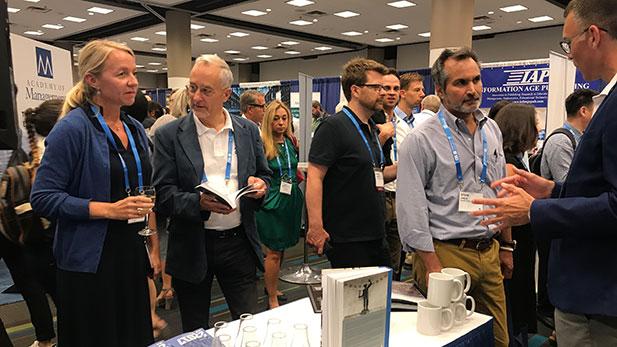 The annual meeting of the Academy of Management (AoM) is the leading conference in management and organization. It assembles more than 10,000 scholars, academics, students and some professionals. This year, the 77th AoM took place in Atlanta, home to CNN, Coca Cola, Delta – and Dr. Martin Luther King, Jr.

CBS has a tradition for participating: scholars from a large selection of CBS’ departments present their work; students of Management Development (MMD) come to get a first-hand impression of where the scholarly debate is heading; several departments (Strategic Management and Globalization, Innovation and Organizational Economics, and International Economics & Management) join the adjacent job market to recruit (mostly) assistant professors for tenure-track positions. CBS’ management also has a tradition for participating for a variety of reasons: as practitioners, to get practical advice from the wise words of the world’s most eminent scholars of management; as academics, to understand phenomena in management and organization in more depth; and as management, to show support of CBS’ faculty and to brand CBS in one of the most important scholarly events in CBS’ research area.

LEGO Chairman joined CBS
On occasion of CBS’ centenary, CBS Professors Flemming Poulfelt and Majken Schultz had persuaded Jørgen Vig Knudstorp, now chairman and previously CEO of the LEGO Group, but also Ajunct Professor at CBS, to give an all-Academy keynote address on how he helped LEGO transform from an ailing toy-producer to a global leader. He addressed the fundamental questions: Why does LEGO exist? What does LEGO do better than anyone else? What makes LEGO unique?

In an underplayed, yet humorous, address Dr. Knudstorp both gave the audience a deeper understanding of the difficulty of going back to fundamentals in order to become innovative and epitomized a Danish leadership style. Imagination, creativity and innovation have many answers. To illustrate this point Knudstorp asked everybody in the audience to construct a duck from ten LEGO bricks. The results were widely different across the audience but they were all ducks – although some required a higher level of imagination than others! There were good reasons to be proud of our Adjunct Professor.

Replication crisis and scientific dishonesty
AoM offers hundreds of sessions and workshops over the span of three days, and many of them run in parallel, so picking from this cornucopia can be hard. Sometimes you make a lucky strike. A very intense experience occurred when I decided to learn more about the development of research ethics by joining a Professional Development Workshop. As it turned out, I was the only one to attend this very interesting PDW – at least from the outset. So the three facilitators turned it into a round-table discussion on “ethical, rigorous and relevant organizational and management science.” Although we were joined by two late-comers to achieve a more balanced distribution of facilitators to attendees, this was a session in which it would be impossible to not contribute actively – and so it turned into perhaps the most rewarding of the sessions, that I attended at AoM.

As a starting point, we discussed how “the replication crisis”, i.e. how the inability to reproduce previous studies is shaking the fundament of science and our trust in scholarly evidence.  But soon the discussion turned to a broad discussion of research ethics, misconduct and scientific dishonesty. The balance between the responsibility of the individual researcher and institutional responsibilities shared between the academic institutions (business schools and other universities), the scholarly societies and editorial boards. Based on my summer reading of Bruce McFarlane’s (2009) volume on Researching with Integrity, I suggested a virtues-based approach to the individual responsibility: that courage, humility, reflexivity, resoluteness, respectfulness, and sincerity are virtues possessed by the ethical researcher.

Mingling with star professors
Another high point of AoM was a session with the intriguing title “Management Failures”. The panel featured one of the heroes of my academic youth, Professor Pankaj Ghemawat. Coming from the field of industrial organization, we share a deep interest in market failure and how these may be remedied. Ghemawat has now extended this framework to deal with management failure, i.e. how managerial decisions may impose significant negative externalities of society. The combination of market failure and management failure might be contrived as the organizing framework behind CBS’ Business in Society strategy. And in fact: the approach the panel suggested to deal with these issues would appear to be steps on the way towards the way CBS has been headed during the past two decades. The obvious thing to do was to invite them to learn from CBS and to come visit. So I did.

Finally, CBS always holds a reception at AoM, just as many other business schools do to network with partners around the globe. To mark this year’s centennial, CBS hosted a very well-attended reception at the CNN Center, its world headquarters, the venue truly reflecting the high level of recognition CBS has in the international community of management and organization scholars. CBS at CNN … Imagine! 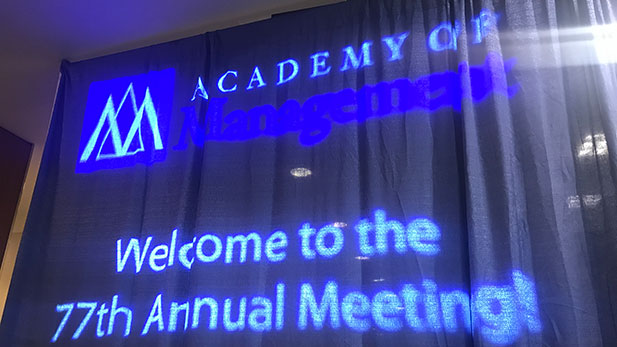