At the moment, Luise Noring is looking into how similar models have been implemented in Hamburg, Helsinki and Lyon. The results will be published in a report in September in collaboration with The Brookings Institution.

In addition, Luise Noring and Bruce Katz are establishing a network named "Brookings Network of Future Cities". The network will study Urban Governance and Urban Finance within innovation, infrastructure and inclusion on the basis of 10-12 selected cities. The network plans to launch in the middle of October. The cities subject to studies are Stockholm, Helsinki, Hamburg, Montreal, Chicago, Pittsburgh, Louisville, Tel Aviv, Mexico City and Santiago.

A report from the American think tank The Brookings Institution and CBS holds op Copenhagen as a role model for how stagnant cities can beat crises and gain momentum. The aim is to benefit from the old industry and port areas and invest in infrastructure such as the metro. 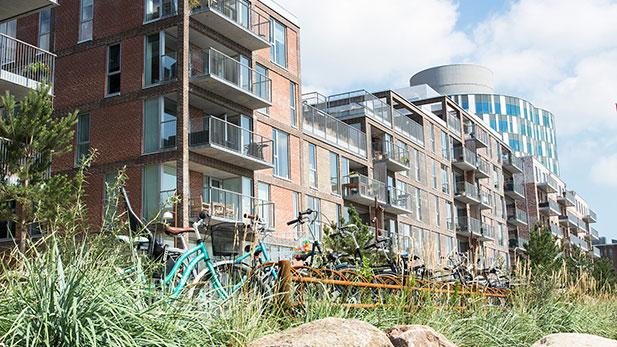 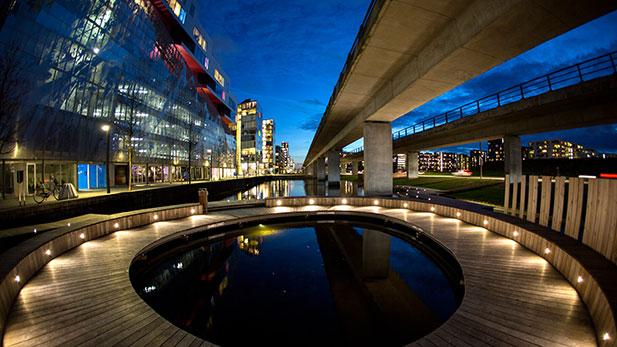 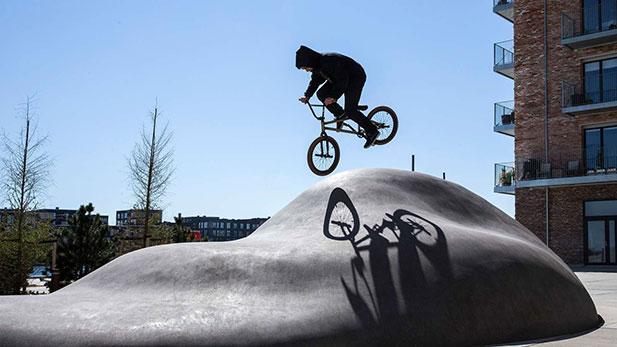 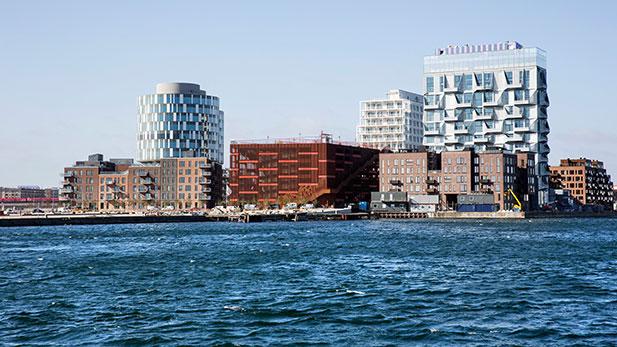 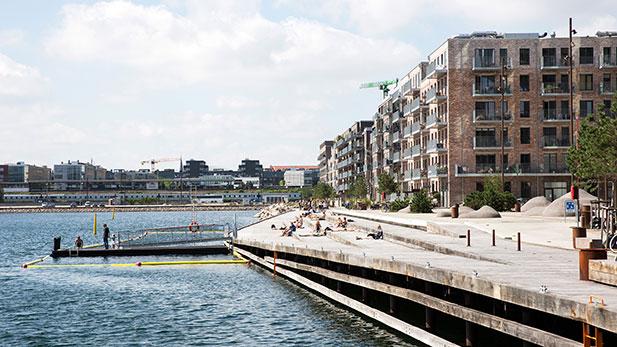 When the new metro line 'Cityringen' starts picking up passengers in 2019, the citizens of Copenhagen will finally have a complete metro system, making it easier for them to get around the city. The opening of the metro line is the preliminary culmination of the past decades' massive development of Copenhagen, which transforms ailing industry and port areas such as the Nordhavn area into vibrant and attractive residential areas.

Actually, the explosive development of Copenhagen was not on the cards. At the end of the 70s, the city was in fact in dire straits. Besides an enormous debt, the capital of Denmark struggled with taxpayers fleeing to the neighbouring municipalities and an 18% unemployment rate. Eventually, things had gotten so bad that the situation required extraordinary measures and an extraordinary solution.

And an extraordinary solution was in fact what the Danish government and the City of Copenhagen reached at the end of the 80s. A solution which now has led to the influential American think tank The Brookings Institution in a report holding up Copenhagen as a role model for how cities can turn resignation into economic sustainability and city development. 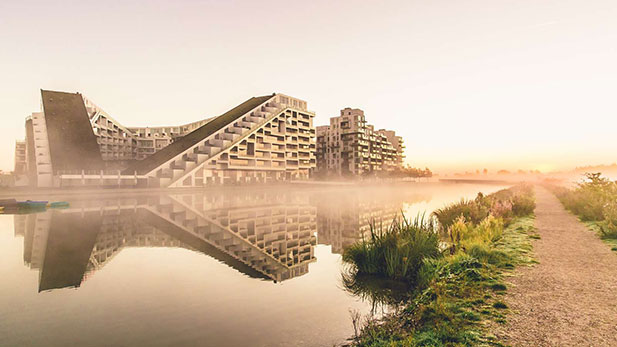 From dead industries to living habitation
In the research report ”The Copenhagen City and Port Development Corporation: A Model for Regenerating Cities,”Assistant Professor Luise Noring from CBS and Centennial Scholar Bruce Katz from The Brookings Institution in Washington DC study how the 'Copenhagen model' has managed to transform the capital into a dynamic and attractive environment for the taxpayers.

What is essential about the model is that is liberates the enormous value that hides in the unused industry and port areas. Just lying there, inactive and abandoned, they are almost worthless - both in terms of monetary value, but also to the citizens of Copenhagen who will hardly benefit from an empty factory building.

”The core aim of the model is simply to make the most profit out of the abandoned industry and port areas. By turning all the areas into one large area, providing them with the most basic necessities such as electricity, water and sewerage and obtaining permission from the local authorities to convert the areas to habitation and commercial activities, the value of the areas rise tremendously. And when the areas are sold to investors, the City of Copenhagen will profit on this value increase. This profit is spent on developing the areas further with a road network, green areas and other public services. It is important to point out that the profit is also spent on investing in the metro system, which is for the benefit of everyone in Copenhagen and Greater Copenhagen", Luise Noring says. 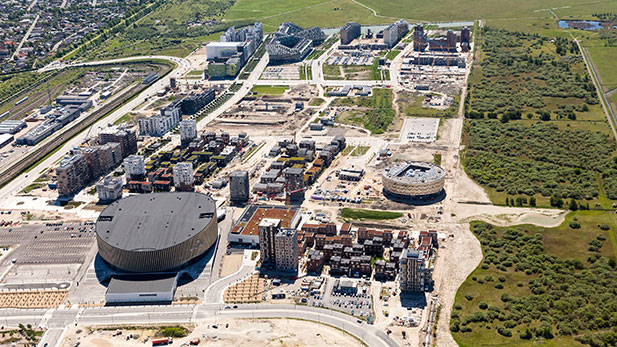 Political independence
It all sounds very simple. Transform industry areas to habitation areas and sell them at a profit. But for this operation to succeed it is essential that a number of political, institutional and financial conditions are present.

”You can say that a part of the model's success is that Copenhagen is in a good position in terms of political co-operation and the will to compromise. For instance, it was essential that the Danish government and the City of Copenhagen were able to sit down at the same table and agree on a long-term plan to regenerate Copenhagen", Luise Noring explains.

The will to cooperate is stressed by the fact that even though the Danish State and the City of Copenhagen were so divided about the ownership of the Nordhavn area that it resulted in a three-year long trial, the owners of CPH City & Port Development still managed to act in the best interest of the company and the public.

Another part of the model's success is trust. When CPH City & Port Development was established to develop the Ørestad area in 1993, the company had free hands to operate independently of political intervention and interests.

”Politicians focused on the company's ability to make the most profit, for which reason it was essential that the company was able to stay clear of political interests. That requires trust and that was present from the beginning", Luise Noring says.

Even if Copenhagen is in a special position, it does not mean that the outside world should refrain from becoming inspired by the Copenhagen model.

”Other cities may benefit significantly from gaining inspiration from Copenhagen. Local conditions may make it difficult to copy the model 1:1, but optimising value of public assets is feasible in many cities", Luise Noring says.

Download the research report ”The Copenhagen City and Port Development Corporation: A Model for Regenerating Cities”. 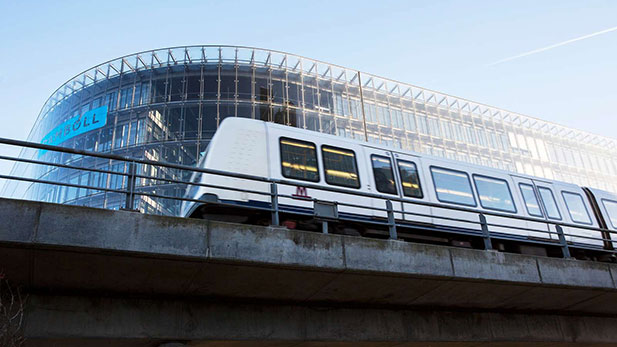