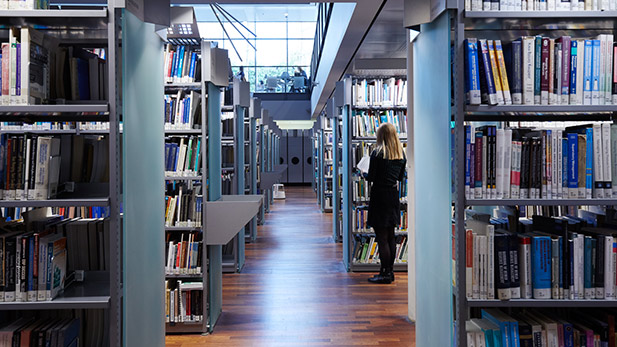 
Toxic Ties: Corporate Networks of Market Control in the European Chemical Industry
ABSTRACT This paper contributes to filling a gap in existing network scholarship by bringing into focus how companies utilize corporate networks of market control when confronted with uncertainties in their political-economic environment. Outlining a network theory of market control and taking the European chemical industry as its case, the paper utilizes original data to track board interlocks, cartel ties and mergers among the 24 largest chemical companies from 1960 to 2000. While a densely connected industry that was remarkably stable in its composition is observed, it is also concluded that the type(s) of market control measures companies engaged in evolved dynamically in response to political-economic conditions. The chemical companies reacted to the crisis of the 1970s by forming cartels; when cartels became less attractive due to regulatory developments, companies increasingly turned to the formation of transnational board interlocks to cope with intensified competition in the 1980s and 1990s; and when this form of market control proved insufficient, a number of the companies merged with one another. While the paper concludes that the sequencing of interlocks and cartels is mainly driven by exogenous pressures, it finds no evidence to support that board interlocks constitute sites of cartel formation.


Against Boundarylessness: The Liminal Career of the Flexible Employee
ABSTRACT This article extends the critique of the boundaryless career concept by focusing on how organizational members may experience boundaries as ambiguous within contemporary career development in organizations. As an alternative to the concept of the boundaryless career, we introduce that of the liminal career. We consider a liminal career as occurring when the normal career path within an organization becomes a state of ‘betwixt and between’, wherein distinctions between social domains and work roles become diffuse, indeterminate and difficult to comprehend. We engage with this concept in relation to three boundaries that remain central within career development: organizational boundaries establishing a distinction between that which is internal and external to the organization, hierarchical boundaries separating employees and managers, and functional boundaries demarcating different work domains. Using a case that illustrates how employees experience ambiguous organizational, hierarchical and functional boundaries, we argue that the concept of the liminal career captures the essence of situations in which there is a lack of clear categories, trajectories and schemes from which to structure career paths in organizations.


How Context Influences the Interpretation of Facial Expressions: A Source Localization High-density EEG Study on the “Kuleshov Effect”
ABSTRACT Few studies have explored the specifcities of contextual modulations of the processing of facial expressions at a neuronal level. This study flls this gap by employing an original paradigm, based on a version of the flmic “Kuleshov efect”. High-density EEG was recorded while participants watched flm sequences consisting of three shots: the close-up of a target person’s neutral face (Face_1), the scene that the target person was looking at (happy, fearful, or neutral), and another close-up of the same target person’s neutral face (Face_2). The participants’ task was to rate both valence and arousal, and subsequently to categorize the target person’s emotional state. The results indicate that despite a signifcant behavioural ‘context’ efect, the electrophysiological indexes still indicate that the face is evaluated as neutral. Specifcally, Face_2 elicited a high amplitude N170 when preceded by neutral contexts, and a high amplitude Late Positive Potential (LPP) when preceded by emotional contexts, thus showing sensitivity to the evaluative congruence (N170) and incongruence (LPP) between context and Face_2. The LPP activity was mainly underpinned by brain regions involved in facial expressions and emotion recognition processing. Our results shed new light on temporal and neural correlates of context-sensitivity in the interpretation of facial expressions.


Not Quite Equal Odds: Openness to Experience Moderates the Relation Between Quantity and Quality of Ideas in Divergent Production
ABSTRACT Since brainstorming was introduced as a technique in 1953 it has been assumed that the best way to produce good ideas is through the production of many ideas, which has later been named the equal-odds rule. However, this finding that productivity often leads to creative quality has rarely been examined in psychometric studies of creative cognition. To close this knowledge gap, we examined the relationship between individual differences in creative personality, as assessed by the personality trait openness to experience, and both the quantity and quality of ideas produced in a divergent thinking task. Across 154 graduate students we found a positive and significant relationship between creative personality and the number of ideas produced, as well as their creative value. The present results indicate that while quantity does breed quality in creative production, the effect is moderated by individual differences, specifically the personality trait Openness to Experience. As the level of Openness to Experience increases, the relation of quantity of ideas to average Creative value gradually becomes positive and significant. We discuss the possible reasons for and implications of our findings.


Crowdwork Platform Governance toward Organizational Value Creation
ABSTRACT Crowdwork, a new form of digitally mediated employment and part of the so-called gig economy, has the capacity to change the nature of work organization and to provide strategic value to workers, job providers, and intermediary platform owners. However, because crowdwork is temporary, large-scale, distributed, and mediated, its governance remains a challenge that often casts a shadow over its strategic value. The objective of this paper is to shed light on the making of value-adding crowdwork arrangements. Specifically, the paper explores crowdwork platform governance mechanisms and the relationships between these mechanisms and organizational value creation. Building on a comprehensive review of the extant literature on governance and crowdwork, we construct an overarching conceptual model that integrates control system and coordination system as two complementary mechanisms that drive crowdwork platform governance effectiveness and the consequent job provider benefits. Furthermore, the model accentuates the role of the degree of centralization and the degree of routinization as critical moderators in crowdwork platform governance. Overall, the paper highlights the potential of crowdwork to contribute not only to inclusion, fair wages and flexible work arrangements for workers but also to organizations’ value and competitive edge.


Untimely Welfare Technologies
ABSTRACT Welfare technologies are introduced to increase the quality and efficiency of the delivery of welfare services, due to its ‘time-saving’ capacities.This study will examine that even though this might be the case, new technologies such as electronic floors, intelligent beds and electronic diapers, do more than this, they also introduce a time perspective of their own. New welfare technologies do not only change the rhythm and tempo of the nursing home, but they also contribute to the temporal complexity of the nursing homes. As a consequence, professional competence becomes increasingly a matter of how the individual care worker manage to coordinate the different tempo- ral perspectives that are simultaneously at play within the nursing home.The article will argue that it is precisely the care workers ability to manage the increased temporal complexity of the nursing homes that decides what kind of care that are delivered at the nursing homes.


Accelerating Time to Impact: Deconstructing Practices to Achieve Project Value
ABSTRACT Accelerating time to impact is a serious and important challenge for today's organizations. This paper combines the literatures of project acceleration and benefit management to inquire into the possibilities of accelerating time to impact. Specifically, it explores a practitioner-driven Danish initiative targeted at increasing the speed at which project benefits are attained, and it analyzes why some projects were able to achieve benefits faster than others. The initiative functions as a major social experiment, where the same project methodology was implemented in several Danish project-based organizations. We analyze five of these organizations. We identified reasons for the differences and grouped them in a conceptual model: the ‘house of time to impact’ with three areas: valuing speed, owning speed and entraining speed in the organization. The paper's contribution is the bridge between the literatures on benefit and time management, bringing two pressing issues together. The contribution to practice lies in the considerations and stories of other organizations attempting to reconcile the increasing need for effectiveness.


How a Software Vendor Weathered the Stormy Journey to the Cloud
ABSTRACT The rise of cloud computing has fundamentally changed the way software companies operate, with many of their products now delivered over the Internet as a service. We describe how “Software Co.,” a traditional software vendor, managed the transition to a cloud-based business model. Its six-year eventful journey involved constant changes to the different organizational areas of the company. The lessons learned from this case study will help other software vendors weather the stormy journey to the cloud.