CBS appoints new chairman of the CBS Board of Directors

Torben Möger Pedersen, CEO of Danish pension fund PensionDanmark, has been appointed new chairman of the CBS Board of Directors. Lilian Mogensen, former CEO of Payment Denmark, is new member of the Board. 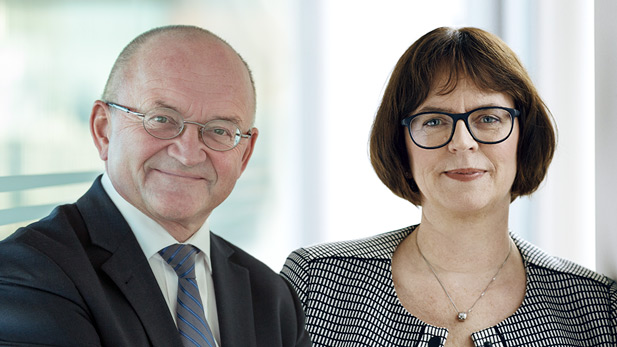 Torben Möger Pedersen has extensive experience from current memberships on the boards of Arbejdernes Landsbank, The Danish Rheumatism Association, The Symbion Foundation, Gefion Gymnasium, The Danish Foreign Policy Society, Insurance & Pension Denmark and Aalborg University. He will retire as deputy chair from the latter due to his new position as chairman of the CBS Board. He has deep knowledge of CBS through his position as chairman of The Danish Society for Education and Business (DSEB), which established CBS back in 1917. He is teaching the board programme at CBS Executive and is also adjunct professor at CBS.

At the same time, Lilian Mogensen has been appointed new member of the CBS Board. She will replace Lisbet Thyge Frandsen, who stepped down from the CBS Board in 2018. Lilian Mogensen is former CEO of ATP/CEO of Payment Denmark, a consultant and a professional board member with focus on digital transformation, HR and strategy. One of her memberships was on the board of the IT University of Copenhagen for 12 years. Lilian Mogensen takes on the position immediately.

Read more about The CBS Board of Directors here.