The recipient of this year’s Distinguished Alumni Award is being honoured for his remarkable career and focus on social responsibility. Congratulations to Anders Vad Dons, who graduated from CBS as an accountant in 1996 and is currently Partner and Nordic CEO of Deloitte, a global auditing and advisory group. 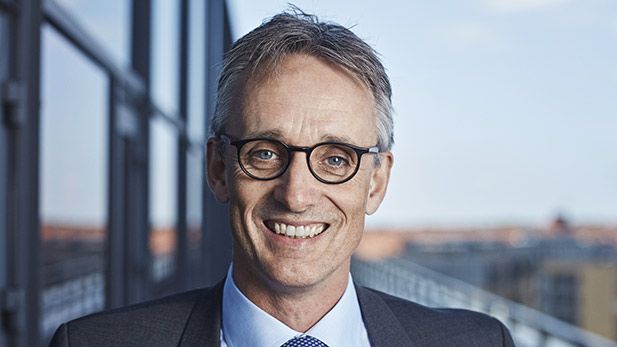 This year’s Distinguished Alum works actively to promote diversity and is a key player in Deloitte’s strong commitment to initiatives aimed at realising the UN’s Sustainable Development Goals. Moreover, he is personally involved in the Small Great Nation initiative, which focuses on strengthening Denmark’s position in growth, digitalisation and globalisation through fact-based dialogue and debate.

The annual Distinguished Alumni Award honours alumni who have distinguished themselves in their careers, contributed positively to society and preferably shown an ongoing commitment to CBS after graduation. Partner and Nordic CEO of Deloitte, Anders Dons fully meets these criteria, which is why he is named CBS Distinguished Alumnus 2019.

Anders Dons graduated from CBS with an MSc in Business Economics and Auditing in 1996 and has also earned two Graduate Diplomas, one in Finance and Credit and the other in Financial and Management Accounting. His career has unfolded almost exclusively at Deloitte, where he reached two senior positions, first as CEO in Denmark in 2012 and then Nordic CEO in 2016. For several years he was also on Deloitte’s Global Board of Directors.

In an interview, Dons responds to being named CBS Distinguished Alumnus 2019:
“I’m proud of CBS and of being one of its graduates. It means so much when a community that you’re proud of is proud of you.”