Gå til hovedindhold
Department of Marketing 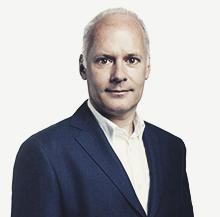 His most recent books include A Stakeholder Approach to Corporate Social Responsibility (2012, with Kotler, Maon, Vanhamme) and Sustainable Value Chain Management (2013, with Maon, Sen, Vanhamme). Other books include A Stakeholder Approach to Managing Food (2017), Managing Market Relationships (2008), Market Orientation (2010), Memorable Customer Experiences (2009), The Crisis of Food Brands (2009), and The New Cultures of Foods (2009).

The recipient of the “Outstanding Article 2005” award from Industrial Marketing Management and the runner-up for the same award in 2006, Professor Lindgreen also serves on the board of several scientific journals; he is co-editor-in-chief of Industrial Marketing Management and was previously the joint editor of Journal of Business Ethics for the section on corporate responsibility. Professor Lindgreen has been awarded the Dean’s Award for Excellence in Executive Teaching at Cardiff University’s Business School where he taught on the Executive MBA program.

In his spare time, Professor Lindgreen has discovered and excavated settlements from the Stone Age in Denmark, including a settlement in Udstolpe and the only major kitchen midden—Sparregård—in the south-east of Denmark; because of its importance, the kitchen midden was later excavated by the National Museum and then protected as a historical monument for future generations. He is also an avid genealogist, having traced his family back to 1390 and published widely in books (seven in all) and scientific journals (Personalhistorisk Tidsskrift, The Genealogist, Slægt og Data) related to methodological issues in genealogy, accounts of population development, and particular family lineages.