Thomas Damsgaard had over 25 years’ of maritime experience before deciding to embark on the Blue MBA. "Change starts with changing the conversation."

The world's largest ship docks at its home port in Copenhagen

The world's largest ship docks in its home port, Copenhagen, this week, just in time for the new Blue MBA class to pay a visit. The giant measures 400 meter and takes up to 18,000 containers.

The world's largest ship docks in its home port Copenhagen

Majestic Maersk, the world's largest container ship, measures 400 meter and needs a crew of 22 people just to operate it. Majestic Maersk, one of the world's largest container ships, docked at its home port of Copenhagen late Sunday, as part of its maiden voyage from a shipyard in South Korea, marking what the industry hopes will be a new dawn in shipping. Read the full article on Wall Street Journal here.

Among the first visitors to marvel at one of the world’s largest ships when she docked at the Langelinie Quay for a seven-day stay in Copenhagen were businessmen and women recently signed up for the two-year Executive MBA in Shipping & Logistics (the Blue MBA). The Blue MBA is a part-time course under the auspices of Copenhagen Business School which seeks to give the rising generation of industry leaders a thorough grounding in maritime business strategy, finance and practical application of knowledge, guided by top-level tutors and guest lecturers. 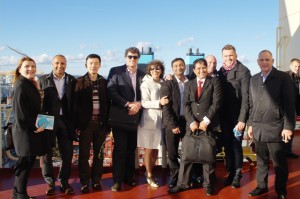 The delegation from the Blue MBA onboard the triple-E. Photo: All About Shipping

The delegation from the Blue MBA, including programme director Irene Rosberg, heard that the 18,000-teu ship is claimed to be the most environmentally improved. Maersk Line says that the innovative design sets new standards for re-use of materials and reduction of CO2 emissions by more than 50% per container moved compared to industry average CO2 performance on the Asia-Europe trade. In all, Maersk has ordered 20 such mega-ships.

Blue MBA participants were fascinated by a parallel shore-side exhibition which included a simulator attuned to the vessel’s characteristics, and displays about the life of seafarers and the role of container shipping in world trade.

Chris John Jephson, who has had more than 40 years’ association with Maersk Line and is co-author of a book shortly to be published tracing the company’s voyage of expansion to become the dominant force in containerised ocean transport, accompanied the Blue MBA group.  He said: “Shipping and logistics is very much about hard assets and information. What better way to start the Blue MBA program than by visiting one of the world’s largest container ships on her maiden voyage and the major exhibition on the role of the container in facilitating global trade.”

Read the full article on All About Shipping.

Behind the scenes - The making of Majestic Maersk

What does it take to plan and construct a giant ready to take on the challenges of the seven world seas? View the interview with Bo Cerup-Simonsen, Head of Maersk Maritime Technologies, on DR's Aftenshowet here. 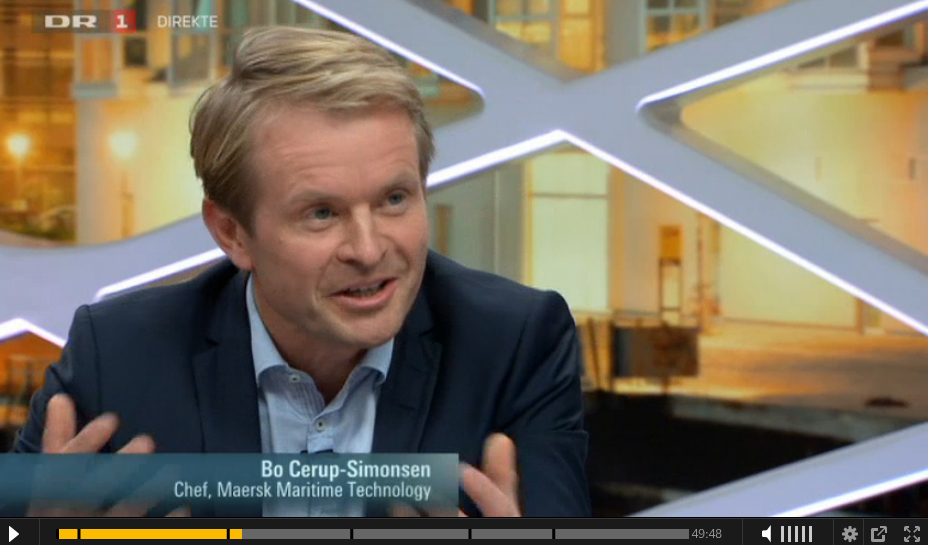