Gå til hovedindhold
Department of Management, Politics and Philosophy 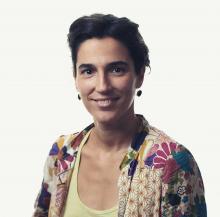 In the midst of one of the worst financial, economic and social crises in post-war history an ideological disagreement has come to dominate the debate. On the one hand, right wing inclined observers regard the State at best as an outdated way of meeting needs and generating demand; at worst as deterrent to business initiative, efficient service delivery and citizen action. On the other side of the spectrum, left wing inclined analysts consider the State to be a central actor in providing welfare services, supporting the business sector, developing citizen capacity and strengthening civil society. That is, the “Big Society debate” – as it has been dubbed in the UK – is largely an ideological debate on the role to be played by the State in our societies in general and in alleviating the current crisis in particular. It is, too, a debate on the consequent role to be played by civil society at large, and the non-profit sector in particular.

In other words, the debate on the role of the state is also a debate on the form to be taken by civil society. This has led to the introduction of a new language of social action, civic engagement and social entrepreneurship as well as an increased focus on the centrality of the civil society sector for the renewal and sustainability of our societies. Having that as a background, my research focuses on  the strategies, methods and tools used by civil society initiatives in their efforts to ignite social change, with a particular emphasis on those initiatives addressing ethnic marginalization and stigmatization in our societies.