Maj Lervad Grasten publish a chapter in Power of Legality

The Power of Legality - Practices of International Law and their Politics 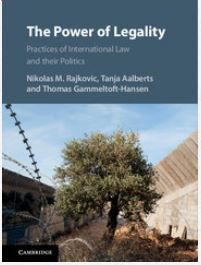 Whose legality? Rule of law missions and the case of Kosovo

The chapter is about rule of law promotion during the international administration of Kosovo and, more specifically, about how a rule of law mission evolved and mutated from original purpose in its administrative execution, and became a tool for powerful political actors to further certain interests. Drawing on the case of Kosovo, the chapter shows why the promise of legality was used to establish the grounds for an international administration, the United Nations Interim Administration Mission in Kosovo (UNMIK), and a European Union (EU) Rule of Law Mission (EULEX) in which there were no clear boundaries between the executive and the judicial. In turn, power came to permeate legal reasoning and particular conceptions of legality were created to make the international executive authority’s control over and interference in the administration of justice accountable. Moreover, the recourse to international expertise created a great amount of uncertainty as to what purpose law should ultimately serve and who had the legal authority in post-conflict Kosovo. In sum, the meaning of legality was continuously contested and reconstructed by actors within the international administration to the extent that a “legal chaos” came to prevail in post-conflict Kosovo.