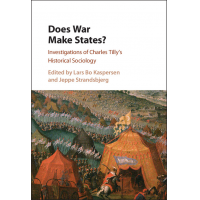 Arising from renewed engagement with Charles Tilly's canonical work on the relationship between war and state formation, this volume situates Tilly's work in a broader theoretical landscape and brings it into contemporary debates on state formation theory. Starting with Tilly's famous dictum 'war made the state, and the state made war', the book takes his claim further, examining it from a philosophical, theoretical and conceptual view, and asking whether it is applicable to non-European regions such as the Middle East, South America and China. The authors question Tilly's narrow view of the causal relationship between warfare and state-making, and use a positive yet critical approach to suggest alternative ways to explain how the state is formed. Readers will gain a comprehensive view of the most recent developments in the literature on state formation, as well as a more nuanced view of Charles Tilly's work.