The Obama Presidency and the Politics of Change 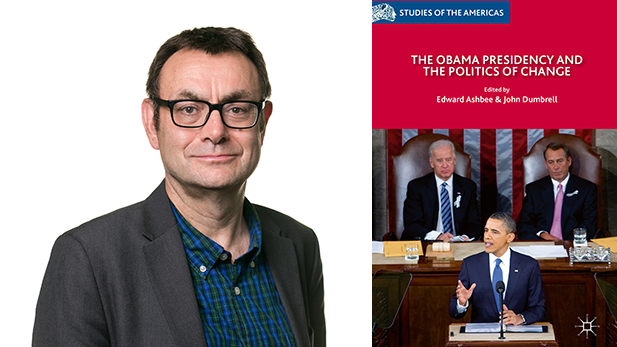 The Obama Presidency and the Politics of Change

This edited volume considers the extent to which the Obama presidency matched the promises of hope and change that were held out in the 2008 election. Contributors assess the character of “change” and, within this context, survey the extent to which there was enduring change within particular policy areas, both domestic and foreign. The authors combine empirical detail with more speculative assessment of the limits and possibilities of change amidst a very dense institutional landscape and in an era of intense political polarization. Some see significant changes, the full consequences of which may only be evident in later years. Other authors in the collection present a markedly different picture and suggest that processes of change were not only limited and partial but at times leading the US in directions far removed from the promises of 2008. The book will make an important contribution to the debates about the Obama legacy.

The introduction sets a framework for subsequent chapters by considering theories of change and the extent to which there was consequential change during the Obama years. It draws upon earlier scholarship to suggest that although there certainly was no “transformation” (when new interests secure power, institutional relationships are rearranged, governmental priorities are recast on a long-run basis and when there is an accompanying paradigm shift), more limited, incremental forms of change were enacted through, for example, the Affordable Care Act or some of executive actions used to bypass Congress. Nonetheless, although recent literature within historical institutionalism has stressed the importance of incrementalism, it is vulnerable to rollback. Against this background, the introduction sets questions about the character of change that are addressed in the case studies included in this volume.