”Women who studied were dangerous”

The auditorium was filled yesterday when CBS hosted the conference, More Women in Science. The minister of higher education and science, the president of CBS and others from the research community agreed to make an effort in the future to ensure that talented female researchers stay in the game. 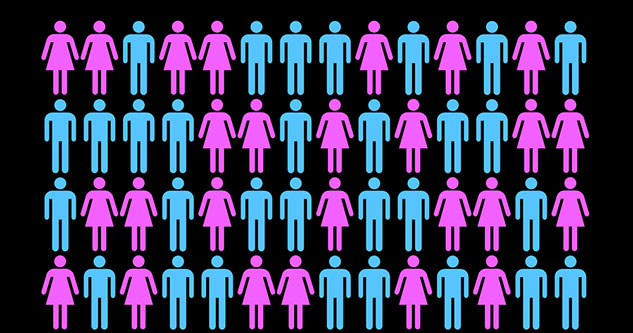 More than one hundred and fifty men and women were gathered at Solbjerg Plads for the CBS conference More Women in Science. There was a preponderance of women in the audience, even though 76 percent of the people invited were men, noted one of the speakers. The primary target audience for the conference were deans, rectors and presidents of foundations and organisations, influential positions most often occupied by men.

The purpose of the conference was to draw attention to the imbalance in the research community among the sexes and to present recommendations put forth by a task force established in December 2014 by the minister of education and science, Sofie Carsten Nielsen. The minister opened the conference Monday afternoon.

- Once upon a time there was a widespread prejudice that women who studied were dangerous. We’ve come a long way since then, but things are moving slowly. We must not lose out on talented female researchers. I’m pleased that the task force has presented a number of tangible recommendations concerning what we can do differently. I look forward to continuing to work with the recommendations, said Sofie Carsten Nielsen.

Only 18 percent of professors in Denmark are women
The task force’s work has resulted in a 62-page report on key figures on women in science with recommendations for action. The report states, for example, that even though 50 percent of PhD students in Denmark are women, the share of female professors is only 18 percent, putting Denmark below the average in the EU and other Nordic countries.

Maternity leave stands in the way of women. At the same time, the reassurance involved in hiring others similar to oneself is also problematic when women apply for jobs, as men are most often in charge of recruitment. Moreover studies show that during the employment process there is an unconscious gender bias among men and women that often favours men because women are perceived as less competent even though this is not true on paper, emphasised Jess.

Talent must be utilised
The president of CBS, Per Holten-Andersen, was one of the five members of the task force. He talked about seeing how women do not attempt to climb higher up the career ladder.

- Top positions involve less competition from women than those further down, which is worth noting, he said.

The report shows that one of the reasons for the lack of competition is that women do not apply for positions until they are overqualified. When women apply for top positions, their success rate in comparison to the number of applicants is higher than men’s.

The success of women, however, hinges on whether positions are advertised or filled without being made public. Among vacant university professorships advertised from 2011-2013, women filled 24 percent of them, while only 17 percent of unadvertised positions were given to women. Consequently, women have less chance of being hired for unadvertised positions. The task force recommends that this recruitment issue is addressed by the management.

In that regard, Holten-Andersen stated that CBS has added a goal to the university’s development contract to increase the number of qualified female applicants for professorships. The president would like to ensure that talented individuals do not lose out.

- Women should be higher up in important positions. This also applies to universities. It’s about talent. Failing to exploit talented individuals is a socio-economic problem, concluded Holten-Andersen.

Management must think along gender lines
The task force report recommends that the effort to have more women in science be anchored at management level in research institutions.

Read live reports on Twitter from the conference: #kvindforsk

Members of the task force