What do you really know about coffee? The market’s winners and losers

There’s nothing like a delicious cup of hot black coffee. But the coffee has most likely been grown by poorly paid farmers, concludes a new CBS study on coffee. 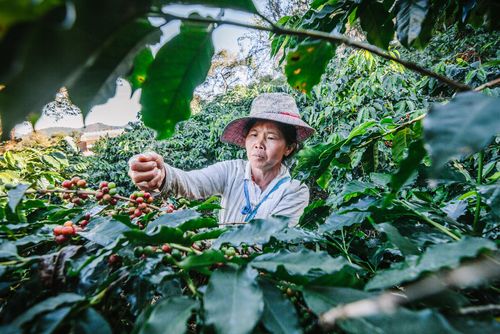 What better way to pamper ourselves than a good cup of coffee? A pleasant oasis where we can take a breather after a task well done or escape from family life for a moment’s peace with a friend.

But under what conditions is the coffee produced?

Professor Stefano Ponte, CBS, Department of Management, Society and Communication, addressed this question in a new study published by the Journal of Economic Geography.

“There’s generally a high level of inequality in the distribution of power between the Global North and the Global South when it comes to the production of coffee. And that’s simply not okay,” states Ponte.

Read on to learn more about what lies in the murky dregs at the bottom of your French press as we outline who wins and who loses in the coffee market.

Their findings are clear: The pleasure derived from coffee consumption in the Global North continues to be based on lowly paid coffee pickers and growers in the Global South (Africa, Asia, the Caribbean and Latin America).

“There was a period in the early 2010s when the fragmentation of the market and the true explosion of specialty coffee had helped producers to gain better prices for their coffee. But in the last few years, this picture unfortunately has changed again, as global coffee buyers and roasters have gone into a spree of acquisitions of smaller, specialty roasters worldwide. This has again turned the tide against producers,” explains Ponte.

This negative development began when the otherwise well-functioning International Coffee Agreement (ICA) was suspended in 1989:

“When the ICA was introduced in 1962, coffee farmers received a much higher share of what consumers paid for their product because the power relationship between exporting countries and consuming countries was regulated by an international agreement. But after the agreement was abandoned in 1989, coffee farmers started receiving a much smaller share of the consumer price for the coffee,” adds Ponte.

Another example of how power is yielded by global roasting companies has to do with pay:

“Major companies in the coffee industry, for instance Nestlé, currently pay international distributors up to one year later, whereas a few years ago the payment terms were 60-90 days. This means that international traders act as bankers for major coffee roasters, and these extra financial costs are then passed on to growers, who are paid lower prices than they should be,” Ponte adds.

Why inequality is a problem

When we indulge in a sip of black gold, we ought to remind ourselves that coffee represents someone’s livelihood, which is why it is important to know about the conditions it is produced under, Ponte points out:

“The skewed power relationship between consuming and producing countries affects the life and wellbeing of coffee farmers. Approximately 125 million people work with coffee worldwide, and when we consume something, both food and drink, we as consumers ought to be interested in how the product is being produced.”

What’s more, we should establish clear rules to ensure beneficial competition on the market, asserts Ponte:

“Right now we have two major companies, Nestlé and JAB Holdings, who control directly or indirectly almost 50 percent of the roasted coffee market. This means that they yield considerable power in the industry. Competition and anti-trust regulation should be used to facilitate a more competitive market.”

One of the steps you can take as a consumer is to find more information on where the coffee comes from and under what conditions it has been grown and traded.

Buying Fair Trade or other coffee certified as sustainable can also help, although these standards are not perfect, Ponte explains.

“In the past, consumers did not think much about how goods were produced. Today, fortunately, there are many consumers who are asking critical questions about what they buy,” he says, adding:

“It will be impossible to rid the coffee industry of inequality unless the governments of producing nations regulate exports to a greater extent to allow coffee farmers to gain more value, for example by labelling the coffee’s country of origin more clearly at the point of consumption or by developing geographic indications of origin.”

In the ebb and flow of the evolution of the history of coffee in the last 60 years, from the 1960s to today, the following three phases are the most pivotal:

• 1990-2007: Disruption of rules and focus on the consumer: Set in motion by the suspension of ICA, this phase saw coffee prices fall and generally become more unstable. Simultaneously, new organisations such as Fair Trade began fighting for better conditions for coffee farmers. A new focus on consumer attention to quality resulted in the growth of large coffee chains such as Starbucks. What is popularly known as the ‘latte revolution’ also commenced.

• 2008-2019: Increased competition and focus on sustainability: The impact of the financial crisis on the coffee industry caused several existing coffee roasters to leave the market, opening up new space for specialty coffees, on which the demand was not affected as much. As the economy improved from 2012 onwards, the consumption of coffee grew again. The coffee market became a prime investment opportunity for investment funds and a new process of consolidation occurred at the roaster level. Sustainability in the production of coffee became more important and new requirements were passed down to coffee farmers but without the benefit of higher prices to compensate for the extra cost, as Ponte shows in his latest book, Business, Power and Sustainability.