Get information about CBS' position and recommendations on the coronavirus outbreak

Artificial intelligence is going to change the world and soon, says CBS researcher in a new study. Read about why we should prepare ourselves for a future based on data and algorithms in order to reap the benefits and avoid the risks of AI. 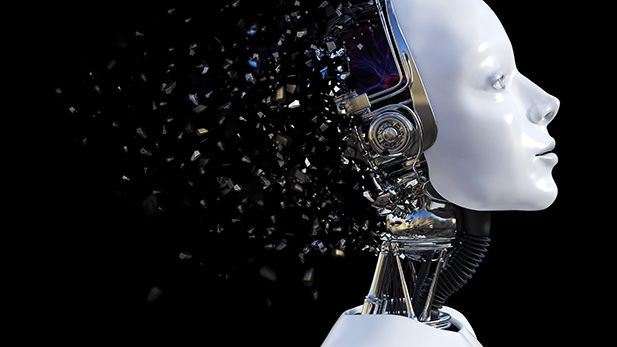 We are constantly told by the media that artificial intelligence is going to change our existence. But how?

In a new study, Rony Medaglia, Associate Professor at the Department of Digitalization, is contributing to the discussion with his knowledge of AI in the public sector.

He advocates that we create awareness of AI and focus on how we can make technology work to our advantage instead of our downfall:

“Instead of only talking about AI replacing jobs and decision-making in general, we should talk about how it can support us as human beings. AI should always serve a purpose in society,” says Rony Medaglia.

The risks of AI

Some aspects of artificial intelligence are still highly problematic. Three areas stand out in this regard, explains Rony Medaglia:

The benefits of AI

Even though AI is problematic because of the way it shapes society and can lead to more division, bias and a lack of transparency, AI also has great possibilities and advantages, explains Medaglia.

The future with AI: focus on the distinction between creativity and routine work

As AI gains a stronger foothold in society, a lot of things are most likely to change.

According to Rony Medaglia, the widespread fear of losing our jobs to AI is completely justified:

Medaglia believes that bus or taxi drivers, but also lawyers and accountants, are likely to be completely or partially replaced by AI. But even jobs you might think are harder to replace with an algorithm will be affected:

“Some parts of teaching – say, grammar or historical facts – can also be replaced with machines in the future. The same goes for finance- or sports journalists when it comes to reporting movements on the stock market or the scores of a match,” he explains.

However, Rony Medaglia is not predominantly pessimistic about the future:

“In the 90s, we had a biological breakthrough in regard to cloning animals. We thought we would move on to cloning humans within 10 years. But we decided that it was not ethical and therefore we did not do it. Having AI does not mean we have to use it in a bad way. But we should discuss and talk about what kind of future we want, before it’s already here,” he concludes.