We live in an era of numerology

In this month’s column by CBS’ Senior Management, Jan Molin, Dean of Education, talks about how today’s debate about Danish universities is very much about figures. 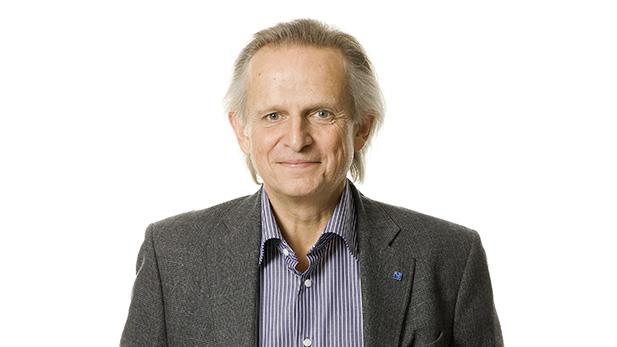 The Fallacy of Misplaced Concreteness
Today’s debate about Danish universities is very much about figures.
The state auditors try to measure and compare classroom hours across courses, programmes, and institutions; the ministry tries to cut down on the number of months it takes for a student to complete a degree programme; the university boards focus on budgets and accounts with increasing diligence and persistence; the CBS Dean of Education demands the overall students’ evaluation index to reach 3.8 or more etc. etc.; all exemplary illustrations of the characteristics of an era.

You could get the feeling that we live in a time-pocket where reality, as it is lived in the everyday activities, is replaced by a belief in the representation by ‘numbers and calculations’.

This may be described through a small anecdote (traditionally referred to Gregory Bateson):
“A guest enters a restaurant and gets seated at a table. He is handed a menu card by the waiter. He carefully browses the card and finally decides on a course. Then he places the card on his plate, picks up his knife and fork, and carefully cuts out of the menu card the description of the course he has decided for. Having done so, he takes the piece of the card he has just cut out  - and eats it.”

This confusion of representation (the menu card description) for the real thing (a proper meal for him to taste and eat), I guess, will for the first couple of times make the gastronomic experience a little bland. Little by little, though, the restaurant guest may actually learn to appreciate the paper he eats – to the extent that he eventually reaches a state where he is disgusted by the taste of real food.

In philosophy, this illustrates “The Fallacy of Misplaced Concreteness” (Alfred North Whitehead), which is traditionally explained as taking the abstractions about some actuality to be a complete description of the actuality in its concreteness.

This is by no means a new phenomenon. What is relatively new, though, is that politicians, civil servants and other powerful decision-makers seem to believe that changing the numbers will effectively change the world. This form of assumed correspondence between real–life issues and abstract representations is very close to ‘numerology’. If we change the name and set up new figures – the world will comply and conform to create a better, more desirable world.

A Procrustian bed
The numerologists of our time will go even further than just confuse ‘figures and accounts’ with the complexities of everyday relations and achievements. They call for ‘evidence-based’ arguments and solutions. Evidence is good – empirical reality is what we all want to know about. But evidence-based management builds on standardized representations – an ‘all things equal-logic’ where you want to model reality through a select number of distinct variables and controllable algorithms.

In a university-sector context a set of such variables have emerged over the last decade:
Student/teacher ratio; percentage of administrative costs; ratio between full-time/part-time faculty; weekly average of classroom hours (students being taught by teachers in a lecture hall); number of students on international exchange; percentage of students ‘dropping out’; number of months for students to take their degree; employment rate for graduates etc. etc. The Dean of Education has contributed willingly: sending out data-packages to the study-boards on a regular basis; organizing benchmarks and internal data-based review processes; just to mention a few obvious examples.

In principle, each of these measures makes perfect sense. They illustrate aspects of important challenges in university governance. As THE indicators for what goes on in a university, though, they totally miss the point. What we see happening these days, thus, is the transformation of partial indicators to become goals themselves. Ratios are of course important, e.g. to quality assurance, but reaching one specified ratio may have no impact on quality in itself. Some ratios are also contradictory: When the state auditors (and the ministry) predominantly look at the number of classroom hours the unintended side-effects are interesting; i.e. with limited resources study-boards transfer faculty from supervision of projects, support for internships, feed-back sessions on exams etc. to conventional classroom teaching. This will meet the external expectations  (i.e. in the development contract) of ‘more teaching’  - but it will de facto decrease the amount of direct contact between student and teacher. This is not in the interest of quality and relevance, and it is definitely not in the interest of the student’s learning process. It is, though, complying with the externally set KPIs, and as such, almost per definition, a positive development.

The increasing demand for evidence-based solutions is very much a ‘Procrustian bed’ (inspired by a recent article by prof. Kristian Kreiner, CBS). According to the legend, this may be defined as ‘producing strict conformity (the length of the bed) by ruthless and arbitrary means (stretching bodies – or cutting legs shorter)’.

This seems to describe very precisely the practice whereby changing ministers keep coming up with conflicting and incompatible demands (‘arbitrary’) that have radical consequences if they are ignored (‘ruthless’).

This will of course leave out of the equation all the important stuff about how people act and relate on a daily basis in a university setting. It is no longer a question of real teachers and bright young students but of a model of ratios and quantitative targets. It leaves out all the things you cannot measure: values, curiosity, engagement, drive, fun, creativity, knowledge, and caring. To quote Albert Einstein: “Everything that can be counted does not necessarily count; everything that counts cannot necessarily be counted”

Metaphors we live by
The mere changing of names and figures will not change what takes place in everyday life (though this is very much part of the new public management logic). It is, though, very much the case that what we have come to use as concepts and key figures often tend to dominate our focus. The more we focus, the more we get imprisoned by our ‘blind spots’. Concepts, accounts and models, in this way, create realities for us, especially social realities. They become, as it were, metaphors we live by (paraphrasing Lakoff & Johnson).

To take an example:
CBS has over the last three-four years radically changed its administrative systems and financial procedures. A decade ago, the state auditors filed reports that were full of remarks about the ‘apparent’ lack of proper control.
There is little doubt that today CBS spends much more time, money and IT-power to budget and account. There is much more regulation, invoicing, controlling, and quarterly forecasts than ever before  - and luckily enough, it appears ‘to work’.
Today, CBS receives a ‘clean slate’ from the auditors.

As such, our stakeholders are satisfied, and acknowledge the efforts and the resources that CBS over the years has put into this accomplishment. We now are, metaphorically speaking, ‘in control’. At the same time as CBS has won its reputation of being financially in control, it is interesting to observe how the uncertainty about the annual financial result is about the same as it has been for the last 30 years. At the end of the year, CBS still faces an uncertainty of about 2 per cent (plus/minus 25-30 million).

This is not to say that financial control of public funding is irrelevant.
This is just a way of pointing to two different observations one may make in this connection:

The first observation is about the apparent limits in financial control despite the amount of resources invested in it:
There is no direct correspondence between the figures in budgets, quarterly forecasts and annual accounts – and the behaviour of people in the organization. You could argue that everyday activity and the attitudes and opinions of people in the organization are remarkably consistent over time, and at the same time out of ‘financial control’ (resistant). Not even the best of administrators, supported by the best controllers, working with the best financial tools will be able to manipulate the figures enough to make it look like a financial result that hits the budgeted target.

The second observation is about the apparent de-coupling between auditor praised financial control of public funding - and the content and quality that these finances produce:
Of course it must be nice for politicians and civil servants that the institution receives a ‘clean slate’ from the auditors. It is, though, a little odd that this pre-occupation with the quality of newly installed financial measures and controls has become an end in itself. It appears to vastly overshadow concerns about how these considerable public funds may be used to create quality and value that constructively impact our society. When the public discourse addresses universities’ contribution to society, it tends to become a question of the fastest possible return on investment (ROI). The logic seems to be that society only invests in universities to get a quick financial gain (investments in education tend to produce well-educated people with high tax-contributions).

When more and more powerful people over-focus on accounts and controls they silently turn their back on the history of universities. When you turn your back to history, you turn your back to the people in the institutions. In change management literature, this is known to be a barrier against new and better solutions.
At best, it will trivialize the distinctive qualities of the universities as we know them today.

The ‘Faustian’ dilemma
This leaves us with a pertinent question. If we do live in an era of numerology, how, then, may we understand the behaviour of politicians and other people in power? Is it ‘just’ another example of the negative consequences of the financial crises?  Who knows? It may well be that the crisis has accelerated and perhaps even stigmatized part of the public debate around issues of control and accounting.

Still, other and very different underlying aspects may play a part. (These are, make no mistake though, not easy to produce evidence-based accounts for).

It could be the case of a modern ‘Faustian pact’. The pact with the devil, as the story goes, illustrates a tarnished deal for (personal) worldly power and control  - at the expense of ‘spiritual’ values, ambitions and dreams (on behalf of others). In this way the story of Dr. Faustus has in recent years come to illustrate the way that empathy and knowledge about the local qualities of institutional content and culture are traded for power, and technical knowledge about accounts and finances.