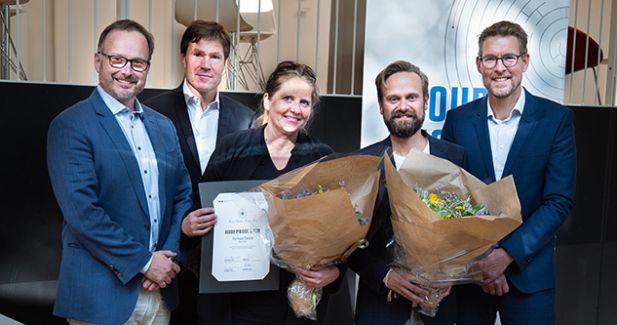 At an annual event researchers at CBS give the HBH Prize for exemplary, state-of-the-art marketing by a Danish company or organisation and for this reason The Royal Danish Theatre in Copenhagen was presented with the HBH Prize 2020 in Frederiksberg yesterday.

To be the national theatre in a commercial market
The Royal Danish Theatre is Denmark’s national stage and navigates according to the jury a highly competitive and commercial market while at the same time being legally obligated to produce plays reflecting tradition as well as innovation, niche and broad application of relevance to the entire population.

According to the jury represented by Mogens Bjerre, Associate Professor at the Marketing Department at CBS, this is a formidable task which requires constant innovation. “Observing how The Royal Danish Theatre has innovated itself based on a wish to play a more visible role in Danish society by being a modern and relevant cultural institution protecting and disseminating our Danish cultural heritage and simultaneously leading the way is simply impressive,” says Mogens Bjerre and points to the fact that the theatre in the past years has addressed this by asking: ”Do we have to perform on a stage in a theatre building?”

Numerous new concepts have emerged based on this: 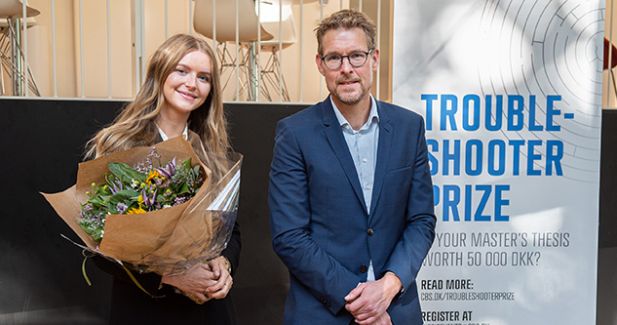 Write your thesis with The Royal Danish Theatre
The prize is accompanied by an agreement that a CBS student or a group of students can write their thesis with the theatre delivering analyses and strategic input for the winning company. The students can then win a cash prize which will be given next year for best thesis in the form of the HBH Troubleshooter Prize.

This year’s winner of the Troubleshooter Prize is Kamilla Hansen on the MSc in Business Administration and Organizational Communication programme with her thesis ‘Technology as a value driver in the future of real estate’. Kamilla wrote her thesis with last year’s winner of the HBH Prize, 21-5; a Danish company which has made their mark in Denmark in the past decade with their private property ownership sharing concept.

What is the HBH Prize?
Since 1991, the HBH Prize has been presented annually by CBS and the HBH foundation. Behind the award is Henrik Bødtcher-Hansen, who established the company H. B. Hansen A/S shortly after World War II and made HBH a household name within electric appliances. Among others, the HBH prize has been given to Mikkeller, B&O Play, VELUX and Hi-Fi Klubben.

If you want to know more about the HBH Prize, please contact Liselotte Skovsgaard Jensen.