Status of the consultation process at CBS 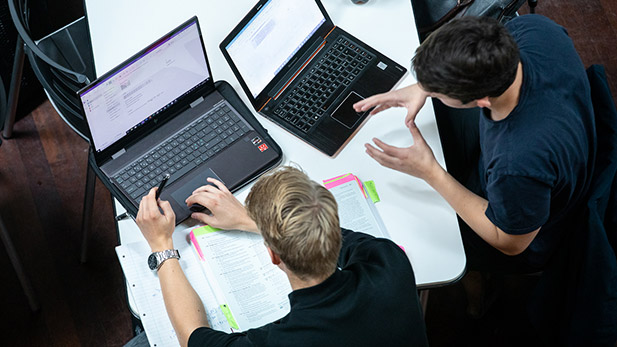 We’ve seen so much energy and commitment. Emails from far and wide, petitions, memorandums, protests at Kilen, messages in the news media and a flurry of activity on social media. The plan to discontinue six degree programmes has truly revealed how extraordinary we are. Those who were not already proud of belonging to CBS certainly are now. The issue at stake unquestionably touches all of us alike – students, staff, alumni and other friends in our network.

As you all know, we face a clearly defined task, namely the political requirement to remove no less than 628 student places in Frederiksberg before 2030. This is a reduction on a huge scale that unfortunately calls for drastic measures if we are to keep CBS sustainable and balanced in the future. We completely understand the organisation’s reaction to such an announcement, and we see dialogue as being vital to progress. We are now in the midst of the internal consultation process, where we have spoken to many of the stakeholders: the General Consultation Committee, department heads, office managers, programme directors and the Academic Council.

We look forward to the general meeting with CBS Students at Solbjerg Plads tomorrow morning, which will be attended by representatives from the forums with which we are discussing the planned reductions: students, administrative and technical staff, academic and managerial staff. At this juncture we can already say that we have received helpful, constructive and valuable input in the consultation process so far and we would like to express our gratitude. We regularly discuss your input and do, of course, consider whether it means we need to adjust the plan.

We would also like to thank you for sharing your concerns about the future of CBS. We are not discontinuing programmes for reasons of quality. If that were the case, we would have taken action long ago. Students on the affected programmes can rest assured that they will be able to complete their degrees and will be sent out into the professional world with our warmest recommendations.

We are having to close programmes because it is the most defensible course of action to meet the requirement of reducing student places in Frederiksberg while ensuring sound finances in the long run. We need to save costs in the region of DKK 45 to 55 million per year and if we only make small reductions in admissions across the board, we will not achieve the necessary cost cuts.

One of the worries expressed in this consultation process is about the importance to CBS and society of the degree programmes earmarked for closure. We understand your concern and firmly believe that CBS will also be in a position in the future to fulfil its strategy of educating and training graduates to transform the global community, for example through The Nordic Nine, the reform of the graduate programme portfolio, the introduction of signature course packs, and the upcoming general Cand Merc programme.

Possibly the most important goal of this plan is to preserve CBS’ distinctive characteristics: the breadth of its academic fields, its talented, critically-minded and analytical students, its cross-disciplinary approach, and its scope for boosting the transformational elements on all the programmes.

We will be meeting with CBS’ students tomorrow for what will no doubt be a vigorous debate. We will be working in parallel on condensing the proposals from the organisation for new business-based programmes outside the capital region – programmes, it should be noted, that do not pose any threat to those of other institutions.

In a few days we will be putting together a recommendation for the Board meeting on 2 December 2021. At the start of the new year we will submit our contribution to an overall plan for reduction and relocation for all eight universities, after which a major parliamentary process and debate on the plan will be set in motion, the final result of which we will not know until sometime during the spring.

We are committed to delivering a solid plan that provides scope for a positive transformation for CBS, our students, the companies who employ our graduates and the communities to which we all belong.