Smileys make you seem less competent but significantly more warm and friendly, concludes a new study on the use of emoticons between instructors and students. 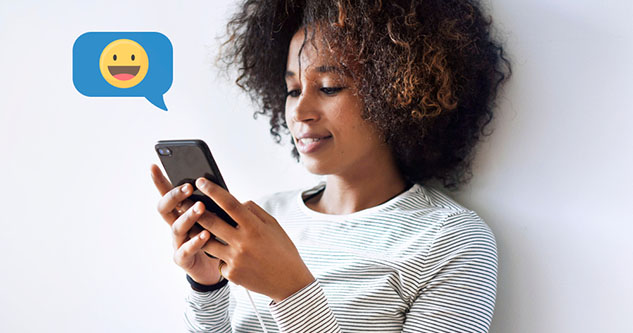 Do you add round yellow smileys to the ends of sentences in work emails? Have you ever thought about the impression they make?

New CBS research shows that smileys increase the perception among recipients that you’re incompetent but result in a higher rating for warmth and friendliness.

And friendliness trumps competence, concludes the new study examining the effect of smileys on communication between students and instructors at institutions of higher education.

“Students evaluate instructors who use smileys as better than the ones who don’t,” explains Associate Professor Antonia Erz, CBS Department of Marketing, one of the authors behind the study, published in the journal Studies for Higher Education.

Warmth means more than competence
Jointly with researchers from Edinburgh, Birmingham and Newcastle Universities, Erz tested the responses of 848 students to fictitious emails from instructors.

The students were divided up into two groups receiving an identical email message, with the exception that the one group received an email containing a smiley and the other did not. The students were then asked to evaluate the sender in relation to various parameters, including competence and friendliness/warmth.

The result was that students considered the sender of mails with smileys as less competent but friendlier, ultimately leaving a positive impression.

“I thought that the students would have a stronger tendency to look down on young instructors lower in the hierarchy who also use smileys. When I was lower on the totem pole, I was highly aware of not using smileys – I wanted to be taken seriously,” says Erz, adding that after completing the study she has begun using more smileys in her emails.

There is, however, a limit to how many smileys you can use and the situations in which it makes sense to use them, clarifies Erz, who states:

“An email covered in smileys is probably too much. You have to use them where they make sense and in situations where you otherwise would have smiled at someone. If I’m the messenger of bad news, I still stay away from smileys. But we still need to examine their effect in the context of negative feedback.”

“The older generation can’t just ignore digital developments”
Online communication and smileys are second nature for young people today, but the older generation may have a tendency to attach a different meaning and greater importance to them, asserts Erz.

“Students don’t stop by my office anymore; they send me an email instead. That’s why it’s important that we try to understand their significance for ourselves and students when we use emoticons of various kinds,” she says, adding: “We [the older generation] can’t just ignore digital developments.”