Feelings of shame about not being able to manage one’s workload cause stress. A PhD dissertation names shame as the underlying villain behind mental-health related sickness leave, providing management with knowledge that can lead to a reduction in stress and in sickness leave. 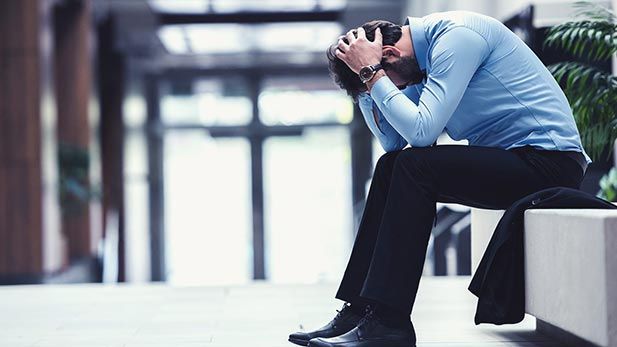 Shame is the title of a much-praised contemporary Norwegian series about adolescents that describes the emotional nooks and crannies of being a high school student. In her PhD thesis, Pernille Steen Pedersen from the Department of Management, Politics and Philosophy at CBS shows that even though life is not as hectic at work, feelings of shame play an important role when people experience a lack of well-being and are hit by stress.

People feel ashamed when they get behind with their work or if they feel left out, explains Pedersen, whose findings are based on interviews with management and staff at various workplaces.

“Shame involves the fear of being exposed and can entail, for example, a sense of dread that others will discover you’re not good enough at your work. It can represent a conflict between the ideal of what people want to accomplish at work and what they feel there is actually time for,” explains Pedersen.

Stress costs billions
There is a lack of research-based knowledge about how managers can reduce stress levels. Pedersen’s research, recently published in a book titled "Let stress out in the open: Defending the work climate", proposes various solutions. Mental health issues and stress are estimated to cost Denmark 55 billion kroner annually. A significant portion of the costs is due to sickness leave.

Pedersen’s research indicates that workplaces approach the problem in the wrong way. Efforts that involve teaching people to speak or think positively or to be stronger are not helpful in preventing stress.

“If staff follow the advice given, they just feel like they’re wearing a mask. In the case of shame, a basic sense of self is at stake. If managers are unable to help their employees, then the situation escalates toward stress. People are told to respond with ‘never mind’, but this does nothing to assuage their conscience,” says Pedersen. Her PhD is based on 20 interviews with staff who have experienced mental health issues, 16 of whom ended on long-term sick leave, and 12 managers from public and private firms.

Shame in two ways
Her research shows that there are two types of shame, one related to performance and the other to one’s peers. The former occurs when staff are unable to complete all of their work, shame manifesting itself partly as a fear of being exposed as being irresponsible or as underachieving. The latter type of shame manifests itself as a concern about what others think or as a fear of conflict. Regardless of whether the shame involves one’s work performance or how people are treated by their peers, the predominant methods for treating stress have little effect, assesses Pedersen. For instance, reducing an employee’s workload can be experienced as highly wounding, and according to Pedersen, sick leave is not always the right solution.

“One of the interviewees explained that when she was on sick leave she looked forward to going back to work and feeling worthwhile again. Taking a break from work can of course lead to an improvement, but people later fall back into the same old patterns unless the management changes the conditions, for example, by acknowledging the employee or his or her work efforts," clarifies Pedersen.

Her research shows that there are four phases involved when stress triggered by shame is so great that it leads to long-term sick leave. A typical case begins with an inner conflict between what the employee would like to do to and the time allotted to accomplish the task. This develops into the next phase, which is when the employee unsuccessfully tries to change the situation, thus leading to the next phase, where the inner conflict and the shame have greater and greater influence, ending in the last phase, a complete breakdown.

The good manager can help
Managers have the opportunity to curb this negative spiral and avoid sickness leave by acting as what the researcher describes as a “substitute conscience” for the employee:

“With performance-related shame the manager can, for instance, assist in assessing work tasks and explain that unfortunately only two hours are available for a certain task, even though the employee’s ideals require spending three hours on it. In the case of shame involving one’s peers, it can be incredibly important for managers to acknowledge the employee, remember to say good morning and answer emails quickly," says Pedersen, warning that there is a limit to how far managers have to stretch to meet their staff’s mental health challenges:

“Therapy should not be carried out at the workplace. That’s not the manager’s job, but defining reasonable goals and acknowledging that employees have feelings and that they respond differently and therefore must be treated differently is,” she asserts.

Read Pernille Steen Pedersen’s industrial PhD, which involved a collaboration between PPclinic and the Department of Management, Politics and Philosophy. Contact her if you have any questions.