See behind the scenes of political party leadership

Hear prominent members of parties like the Conservatives, Social Democrats and Left Socialists talk about how management can succeed despite sometimes-dramatic situations. 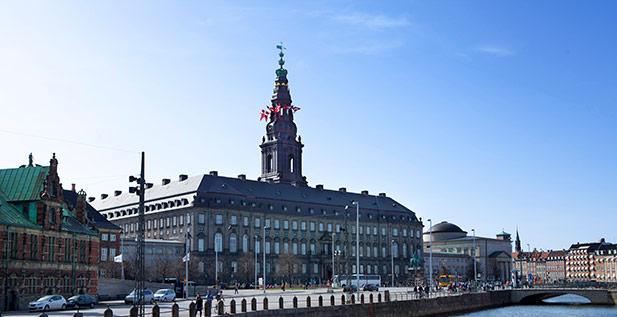 At times, the media give the impression that political leadership is made up of sword brandishing and agonising press conferences, a circumstance that makes the job even more demanding.
Next week, the CBS network for management in practice, the Center for Applied Management Studies (CAMS), poses the question: What does it take to lead a political party?

With “Six Accounts from the Reality of Politics”, formerly prominent political party members Knud Enggaard, Jakob Buksti, Preben Wilhjelm, Søren Bald, Aage Frandsen and John Wagner openly explain to readers and guests what it is like to have a key position in the engine room.

According to the coordinator of the network and book series, Knud Erik Nielsen, the book on the leadership of parties is the second in a mini-series that provides insight into political life.
The first one was about leadership in the Danish Parliament, Folketinget, and the next one, due out in March, is about the political leadership of ministries.

-The six authors use the word collaboration about leadership in political parties. It’s a word that repeatedly shows up, collaboration at all levels across party lines, says Knud Erik Nielsen.

On Tuesday 25 February 2014, anyone interested can meet the authors, who, in the spirit of academia and the traditions of the CAMS network, will be opposed by journalist Kaare R. Skov and Associate Professor Helene Helboe Pedersen. This way, according to Knud Erik Nielsen, “we have one person representing the academic perspective and another from outside the ivory tower”.

This event and the book are the 31st in a series, previously headed by the recently deceased Professor Erik Johnsen, that began in 1998 that provides a forum for former top executives to be heard and share their knowledge, including stories about peak experiences that reveal details about cooperative movements, trade unions, small and large private companies and public organisations. EAC, DR, NESA, the Danish Armed Forces and the Danish Customs Service are but a few examples.

-We invite managers to write about their management experiences across industries and time. The goal is for students especially interested in management to have a broad orientation and to hear personal narratives about Danish management.
Eternal truths that perpetually reappear in management situations are written down and retold without a CEO breathing down one’s neck, explains Knud Erik Nielsen.