Researchers: We need a Bill of Rights for nudging

Nudging is part of everyday life in Denmark and globally but many people do not know when they are subject to a small ‘nudge’ designed to change their behaviour. A number of researchers find this problematic and argues for a Bill of Rights for nudging. 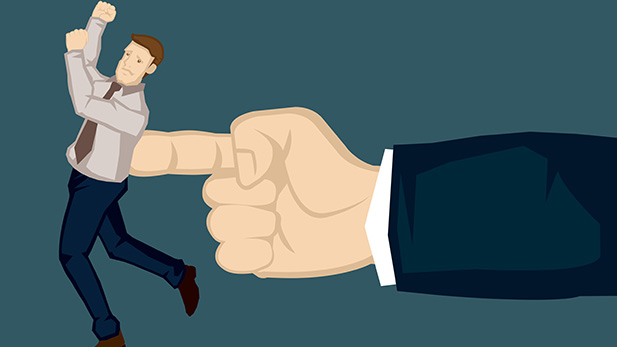 Packs of cigarettes with ‘Smoking kills’ stickers, putting sugary cereals on the hard to reach top shelves in supermarkets, or vegetarian food as default choice in the canteen are all examples of nudging. Nudging is a way to encourage us to behave in specific ways, and in the examples above, ways making us healthier.

You might be thinking: “What is the problem with a gentle nudge towards a healthier lifestyle?”

“In a sense, nothing,” says Lucia Reisch, nudging researcher at the Department of Management, Society and Communication at CBS. She continues:

“But it becomes very problematic when we are nudged into something that is illegitimate, when we are not aware that we are being nudged or when we do not have equal opportunity to say yes or no – for instance, when it comes to serious issues like organ donation.”

That is why we need clear guidelines in this field, says Lucia Reisch and Cass R. Sunstein from Harvard University, who have just published a study with suggestions for what they call a ‘Bill of Rights for nudging’

Nudging should not replace legislation or divide us
According to the two researchers, nudging becomes dangerous when it controls our behaviour to buy products we otherwise would not have spent money on, explains Lucia Reisch and adds:

“Nudging can cause division in society. When organic food e.g. is placed at eye-level but is markedly more expensive than conventional produce, people with high salaries can more easily respond to the nudge into buying organic food than people with lower salaries,” she says.

Distributive effects can sometimes not be avoided – but the societal or environmental benefits must justify the costs and unintended side effects should be closely monitored, thinks Lucia Reisch

Nudging is a big part of daily life across the globe.

Governments of approximately 200 countries all over the world have appointed nudging-committees whose job it is to examine how citizens, for instance, can be influenced to lead healthier and more environmentally friendly lives.

“But nudging should never be a harmless replacement for hard legislation, if this is what the problem calls for. For instance, in order to solve the climate crisis and increase public health, we need serious laws and implementation,” she says.

1.    Nudges must respect individual rights
Our right to make individual choices should be ensured. This means, for instance, that we should not support nudging that contributes to inequality. An example could be voting cards where some candidates’ names are written in large, bold writing and other names are written in small, illegible writing.

2.    Nudges must be consistent with people’s values and interests
Many types of nudges are designed to make us healthier and save up. But the study shows that we outright reject nudges that are not consistent with our values and interests. That is why nudges that limit, for instance, the freedom of speech or voting rights should not be employed by a democratic government.

3.    Nudges must not manipulate people
The researchers found that people were generally discontent with manipulative advertisements/nudges – even when it came to nudges with legitimate objectives (such as making us buy healthier products). Nudges should not violate the individual's right to make decisions without interference from public and private officials.

4.    Nudges should not take things from people without their consent
Many of the study's informants raise objections to presumed consent for organ donation even though proposals for presumed consent are being debated in several countries and presumed consent has been implemented in Australia. Therefore, consent is an essential factor for acceptable nudging, says the researchers.

5.    Nudges should be transparent
Transparency is the final factor emphasised by the researchers as important in order to ensure the individual’s freedom of choice. Nudging should be transparent, i.e. we should know when and by whom we are being nudged into something so we can make choices on an informed basis.

Danes are particularly sceptical about nudging
In Denmark, we have no specific rules for nudging. However, Danes are actually among the most critical of the small stimuli designed to regulate our behaviour, Lucia Reisch says:

“Danes generally express discomfort at the idea of not knowing when or why they are being subjected to nudging from, for instance, the government.”

That is just one more reason why politicians and organisations should observe the 5 guidelines for nudging, says Lucia Reisch:

“It is essential to ensure our individual freedom to choose on an informed basis make sure to pilot test nudges before we implement them so we know they have the desired effect.