Researcher: It is incredible that security at Roskilde Festival works really well

Security at Roskilde Festival depends to a large extent on volunteers. This ought to pose a risk, however, it doesn’t seem to be the case, concludes a new study co-authored by a CBS professor. 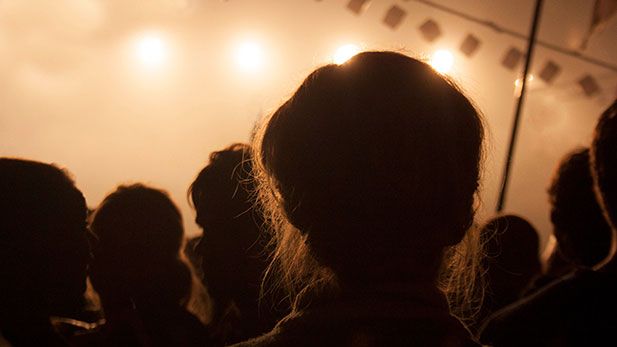 In fact, there has not been a major accident at the largest festival in Northern Europe since the one in 2000 where 9 people died at a Pearl Jam concert.

Actually, it is quite remarkable that Roskilde Festival is able to take such good care of the vast amount of happy festival-goers during large and often extremely intense concerts, says Morten Thanning Vendelø, Professor with special responsibilities (mso) at the Department of Organization at CBS:

”The voluntary security guards at Roskilde Festival are not permanently present, so being able to maintain a high level of security is quite incredible,” he says.

Other organisations working intensively with security such as drilling rig operators, fire and rescue services and emergency rooms at hospitals have professionalised their security efforts, basing them on routines and procedures followed meticulously by their employees who receive constant training.

”However, non-permanent organisations with a changing workforce have a much greater need to guide and instruct the volunteers, increasing the alertness and mindfulness required to ensure people are not crushed or hurt in a mosh pit,” explains Morten Thanning Vendelø.

In a new study published in the journal Safety Science, Morten Thanning Vendelø and Claus Rerup, researcher at Frankfurt School of Finance in Germany, have looked into the concept of mindfulness when working with security at Roskilde Festival compared to permanent organisations.

Morten Thanning Vendelø and Claus Rerup point to three problems which may occur when security depends on volunteers:

A clear narrative and division of roles = improved security

Morten Thanning Vendelø wore the distinctive orange vest himself in 2008, 2009 and 2011 while conducting field studies as a volunteer Crowd Safety Steward during the festival.

”I did not experience any critical situations apart from when I pulled people over the fence if they felt sick or squashed,” he explains.

According to Morten Thanning Vendelø, this hierarchy in fact helps Roskilde Festival to ensure a safe environment for the large amount of colourful festival-goers:

”Roskilde Festival is excellent at defining clear roles and expectations of the different categories of volunteers working with crowd safety. They get very specific briefings on what to do if a problem occurs and how they contact the audience,” he says and adds:

”So Roskilde Festival succeeds in ensuring a safe concert experience because they excel in explaining the job assignments clearly, share their experiences from yesterday’s concerts and nudge the volunteers and the audience, so they know exactly where to stand.”

How to increase security in an organisation

According to Morten Thanning Vendelø and Claus Rerup, five points should be considered when working with security in an organisation:

The researchers’ analysis showed that everyone was familiar with all five points, however, the upper levels being more aware of them than the lower levels.