Research question: What has happened to tolerance?

Four CBS researchers have just been awarded grants from Independent Research Fund Denmark (DFF). Below is a description of each of their projects. 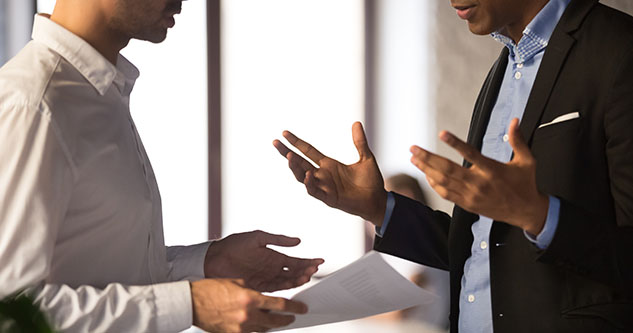 Is our community on the verge of disintegrating because many of us have instead chosen to group ourselves into what nearly resembles cultural sects that reject everything we otherwise used to agree on?

Apparently every sect thinks it has the answer to everything, making it difficult to have public discussions and navigate culturally. Because everything that we do as citizens and consumers is checked for ethical correctness and precision.

Radical vegans, for instance, tell us that even organic milk is not ethical enough. Climate researchers tell us that eating sausages is destroying our planet. And diversity activists warn us that saying merry Christmas can make others feel excluded.

Associate Professor Stefan Schwarzkopf from the Department of Management, Politics and Philosophy at CBS will explore these issues as part of his research question and was just awarded over 1.7 million Danish kroner to do research.

Stefan Schwarzkopf is one of four CBS researchers the fund has just given grants to.

During his research he will also examine the significance of the decline in public cohesion for businesses and organisations. His project is called “Confessionalization in society and the ethical neutrality of companies”.

The career choices of immigrants in focus
Another CBS project concerns immigrants and entrepreneurship, its underlying basis the relatively large share of non-Western immigrants who are self-employed.

They simultaneously often employ other non-Western immigrants in their companies. Entrepreneurship consequently plays a key role in terms of generating income and fostering integration for immigrants. But how do neighbours and friends influence the entrepreneurial culture?

Awarded 1.4 million Danish kroner, Associate Professor Ali Mohammadi from the Department of Strategy and Innovation at CBS heads the project called “Learning entrepreneurship from my neighbours: Refugee migration and entrepreneurship in Denmark”.

Households and credit union loans
Kathrin Schlafmann from the Department of Economics at CBS received a similar amount to examine whether the strict policies that some countries employ to limit the access of families to mortgage loans work as intended in a project called, “Household savings and macroprudential regulation”.

The fourth grant, which equalled just over six million Danish kroner, was awarded to Associate Professor Herdís Steingrímsdóttir from the Department of Economics at CBS. The project is called “Parents’ specialization: Causes and consequences” and will study how parental leave regulations, financial incentives, gender norms and information affect parents.

For the benefit of society as a whole
“It’s great to see recognition given to the enormous inventiveness and high level of quality in Danish research environments,” enthuses Maja Horst, chair of the board of DFF, adding:

“In the end it can benefit society as a whole because we expand the foundation for breakthrough research, which helps prepare us for the future”.