Yesterday, Rambøll was announced as this year’s winner of the HBH Prize. The HBH Prize is awarded annually by researchers at CBS and the HBH Foundation for state-of-the-art marketing by a Danish company or organisation. 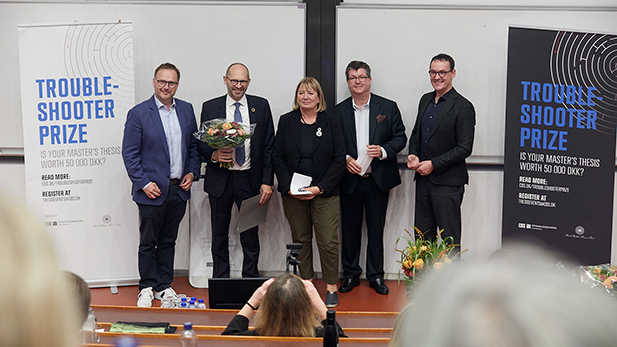 In recent years, Rambøll has transformed from being a traditional engineering company to becoming a sustainable, global player. Rambøll challenges both customers and all other parties involved in its projects around the world in relation to thinking and acting ever more sustainably.

“With a strong commitment to sustainability in all areas of the business, Rambøll proves very aware of the company’s social responsibility. What is particularly crucial for awarding just Rambøll the HBH Prize, is the fact that social responsibility has been Rambøll’s focus already for several years and is thus incorporated deep into Rambøll's culture and DNA. The marketing effort is in full synergy with the company values,” jury member and associate professor Mogens Bjerre high lights about Rambøll.

“We can ascribe this prize to the efforts of our dedicated colleagues, who meet our clients, determined to go above and beyond to offer solutions taking sustainability to the next level, “ says Ib Enevoldsen, Managing Director for Ramboll in Denmark and adds: “To be recognised as a thought leader for sustainable solutions is a product of consistently seeking to positively influence the industries, we operate in. By delivering insights and sparking dialogues, we aim to raise the standard of sustainable solutions and requirements”.

Being this year’s winner entitles Rambøll to invite students from CBS to crack business challenges for the company. Thus, students from CBS can write their theses in collaboration with Rambøll. Rambøll has provided a number of challenges, which Rambøll looks forward to learning more about from the students. There is also a cash prize at stake for the best thesis: The so-called HBH Troubleshooter Prize of 50.000 DKK will be awarded the student or group of students handing in the best thesis. Students can read more at my.cbs.dk: https://studentcbs.sharepoint.com/sites/MastersThesis/SitePages/en/Troub...

Ida-Lin and Christine explain about the collaboration: “It has been extremely exciting to work with a historical yet still very relevant brand such as the Royal Danish Theatre and to analyse KGL XTRA as a new digital initiative. We have proposed a new method of analysing a brand and work with branding. We hope it will provide the Royal Danish Theatre with new important insights.”

What is the HBH Prize?

Since 1991, the HBH Prize has been presented annually by CBS and the HBH foundation. Behind the award is Henrik Bødtcher-Hansen, who established the company H. B. Hansen A/S shortly after World War II and made HBH a household name within electric appliances. Among others, the HBH prize has been given to the Royal Danish Theatre, Mikkeller, B&O Play and VELUX.

If you want to know more about the HBH Prize, you can contact: Liselotte Skovsgaard Jensen - lsj.slk@cbs.dk.