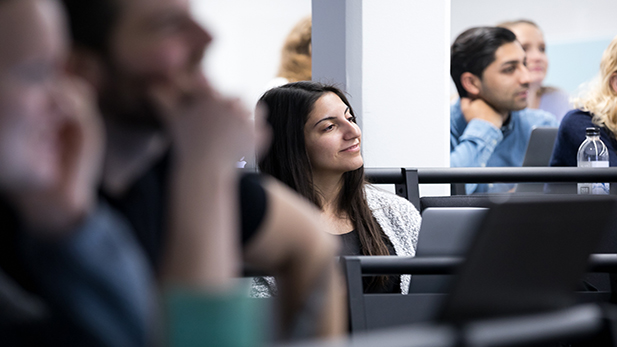 The approval of the plan settles an extensive effort that started back in November 2020, when the Gender Balance Task force, with representatives across CBS, was established. Since then, the task force submitted 18 recommendations to CBS Senior Management in January 2021, who selected and prioritized the key recommendations and commissioned a coherent plan, which was adopted by the Board of Directors as CBS’ Gender Equality Plan in December. During 2022 the work will be initiated so that it spreads across the entire organisation as a key contribution to CBS’ strategic desire to ensure diversity, equity, and inclusion.

Businesses calls for a diverse workforce

CBS’ Equal Opportunities Officer, Alex Klinge, has been leading the project. To him the Gender Equality Plan is not only crucial for the success of CBS but also for society as a whole. Studies show that a diverse workforce can bring more perspectives to bear on complex problems and thus produce better, more innovative and relevant solutions.

“CBS needs to attract and develop a diversity of perspectives through a diversity of students, faculty and staff. This is essential to develop and foster attractive and inclusive environments in which creativity can thrive,” Alex Klinge explains.

The CBS Gender Equality Plan sets out the ambitions, priorities and activities to address gender equality and inclusion across the entire organisation. This means that CBS will intensify its efforts to promote diversity for everyone who works and studies at CBS. From raising awareness on gender equality and biases to countering sexism in working and learning environments. Furthermore, CBS will introduce measures with the aim to improve the diversity and gender balance of CBS’ student population across its portfolio of programmes. For instances we would like to see more male students, in other instances more female students, in order to create a good gender balance.

“Diversity in the student population feeds through to the labour market to meet a growing demand for diverse graduates.  A more diverse group of students, some of whom will become PhD Fellows, can ultimately ensure a broader spectrum of teachers and researchers. The fact that there are fewer women in research is not just a problem for women, it has consequences for society in a much broader sense - since we will miss a diversity of perspectives,” Alex Klinge adds.

For staff members, the new plan means that they can now expect that all managers have a responsibility to identify and implement initiatives that promote equality and inclusion.

Don’t let the talent slip away

Acting President at CBS, Inger Askehave, is pleased that the recommendations and the new Gender Equality Plan can now be implemented.

“It is crucial that we focus on gender equality in higher education, as it is a major problem in the world of academia that talented women slip away. CBS’ strategic goal is to attract, develop and retain a diversity of highly talented staff and internationally leading scholars, and we cannot risk that anyone is overlooked. My hope and believe is that with the new Gender Equality Plan, we can in a systematic way gain knowledge and produce methods that ensure that all talent comes into play,” says Inger Askehave.

With the new plan now set in motion; Alex Klinge is looking forward to the upcoming year.

“We now have a framework for accelerating progress and this means that moving forward, the work with gender equality and diversity will be more deeply rooted across CBS. The plan sets the course but to create cultural changes we need to constantly evaluate and use the knowledge we gain. And with this new plan, I think we are on the right track,” he concludes.

In the attached Gender Equality Plan you can find the measures, activities and polices that have been developed and will be implemented to support the goals.