Once again, this year CBS has received more applicants as well as approximately six percent extra study places. This means that in 2019, it was slightly easier to get into the majority of bachelor programmes compared with last year. We are looking forward to seeing all the new students around the campus. 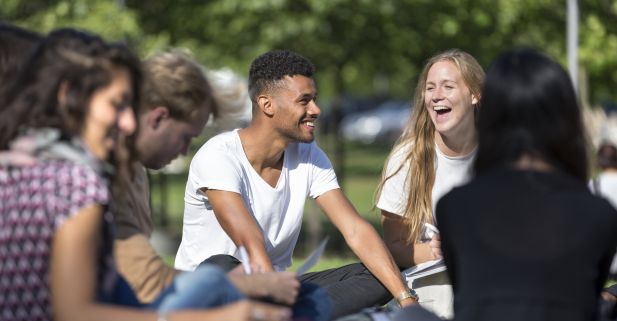 This is another year with an increased interest in studying at CBS.

This can sound like it is harder to get into a desired programme. That is true enough for some programmes, but as CBS has increased the number of study places by around six percent, it is actually slightly easier to get into a study programme this year, says Director, Wilbert van der Meer.

“We have had slightly more applicants this year and they are just as qualified as in previous years, where we unfortunately had to reject many promising applicants. However, we have also managed to make room for a few extra students this year, so overall it is generally a little easier to get into CBS,” says Wilbert van der Meer.

While the GPA in Quota 1 has increased for four programmes, it has fallen for 12 programmes – albeit marginally for the majority of these.

With the exception of HA i projektledelse, which had 37% more study places resulting in a Quota 1 GPA drop from 11.3 last year to 11.1 this year, the five programmes which traditionally have high Quota 1 GPA’s have increased once more.

CBS was, this year, the first priority for 5,111 applicants and had 7,149 applicants with 14,226 applications altogether for the 3,110 available study places.

You did not get in. What next?

I was accepted, what should I do to be ready for study start?