Animal-free agriculture shows great potential and foreign companies have made great progress in terms of producing meat in new ways. According to new research Denmark should take advantage of these technological advances. 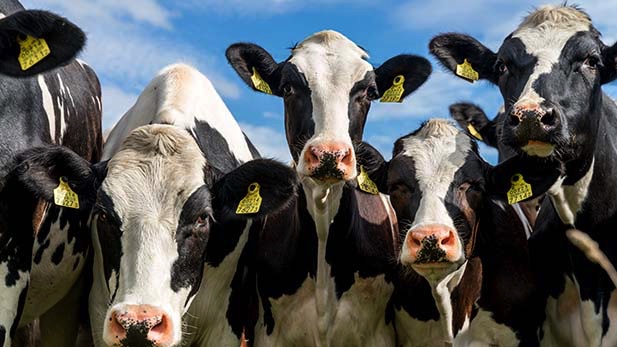 Imagine agriculture without cows and pigs where the meat has never set foot in a stable but is plant-based or has been grown in a bioreactor.

Several countries are already making targeted efforts towards this vision so Denmark and Danish agriculture are at risk of being left behind if we fail to prepare ourselves to change our food production.

This is the opinion of Jacob Hasselbalch, Assistant Professor at the Department of Organization at CBS.

We need to change course

Hasselbalch is a researcher of agricultural development and mentions some significant negotiations later this year where politicians will present their proposal on how to ensure a more climate-friendly agricultural sector.

“We need to change course if we do not want to be overtaken by foreign innovators who know how to turn green transition into an exceptional business opportunity”. Countries like USA, the Netherlands and Israel have already made great progress, so the technological know-how of the foreign competitors is increasing - just as the environmental consequences of our conventional farming, he warns.

Agriculture accounts for a quarter of greenhouse gas emissions

Accordingly, recent analyses of agricultural greenhouse gas emissions have raised the estimates of its effect on our overall climate impact.

Particularly problematic are the approximately 1.7 million tons of soybeans imported annually from mainly Argentina and Brazil to feed pigs and cows.

"When agriculture accounts for about a quarter of the total Danish emission of greenhouse gases, we as a society cannot live up to our climate goals until agriculture changes significantly," says Jacob Hasselbalch.

According to Hasselbalch, there are roughly three overall models for sustainable transition in agriculture: sustainable intensification, nature-based solutions and technological disruption.

"But only the last model has a real chance to meet the many challenges facing agriculture and the food industry," says Jacob Hasselbalch.

"It can turn agriculture completely upside down and make it possible to take farm animals completely out of the equation,” he says.

And he is well aware that his message is going to shock many farmers and meat eaters.

”However, world history has offered bigger surprises through the ages and because agricultural emissions are extremely closely linked to the keeping of farm animals, we see large climate perspectives in this model,” Jacob Hasselbalch points out and continues:

”What is even more important is that technological advances and market developments can realise this solution on the expense of the two other models.”

In fact, several foreign companies are already working with this model.

Similarly, the dairy industry is putting a massive effort into cracking the code of large-scale production of milk in bioreactors.

”But they still face challenges: First, it is unclear on which terms the industry can compete and sell its products; second, the energy demand of the bioreactor plants is still unclear; and third, it is uncertain how the industry gains access to a sustainable and scalable growth media (in which the cells that become meat and milk are supposed to grow)”, says Jacob Hasselbalch.

Add to this the question on whether the consumers will embrace the product.

USA is also in the game

However, according to the CBS researcher the clean meat industry is not the only player working to produce animal-free meat. Even now the companies Impossible Foods and Beyond Meat have been successful in making imitation meat which is expected to become cheaper and grow in demand and quality.

Moreover, McDonald’s is going to launch a brand-new range of plant-based ‘McPlant’ products imitating beef as well as chicken.

According to Hasselbalch, this means plenty of opportunities and heavy competition. He says investors agree and have rewarded Beyond Meat with a NASDAQ IPO which has been one of the best in decades.

Denmark has the means to do it

However, Hasselbalch emphasises that entrepreneurs in Denmark are also ready to find new ways and this is especially true within plant alternatives.

For example, we have NATURLI Foods A/S whose product range has exploded in the past years. And Organic Plant Protein A/S, founded by Ulrich Kern-Hansen who also founded Hanegal, known for their organic meat, sausages and cold-cuts.

The latter is going for a market for organic, Danish plant protein from fava beans and peas instead of imported soybeans. For the same reason both companies are dependent on farmers who want to experiment with new crops and cultivation methods in Denmark.

”But there is not much political support”, says Jacob Hasselbalch and elaborates:

”It seems we are stuck in discussions about small adjustments of our agricultural system even if the whole sector is facing a historical change”.

“The climate is not the only thing at stake here, so is Denmark's role as a central player in the global food system. We have to keep this in mind when the climate proposal is brought up for discussion this year”.

Jacob Hasselbalch is in a research group working with the NICHE project, (”Expert Niches: How Local Networks Leverage Markets”) endorsed by the VELUX Foundation.