Lauge Stetting has helped shape CBS to what it is today - a highly respected international business school. 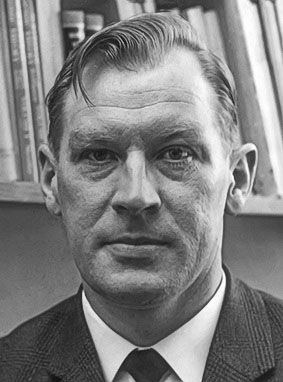 In spite of his relatively short term as president, he was a very influential figure in CBS’ development towards becoming an internationally recognised business school.

He was serving as dean of research for the CBS Faculty of Economics when he was elected to be president of CBS in 1978.

During that period, he was a driving force behind a reform of the BSc programme in Economics and Business Administration and the development of an interdisciplinary programme combining language and economics that aspired to “break down traditional gender barriers”.

Stetting resigned as president in 1979 as a result of negotiations with the Ministry of Education concerning funding for CBS.

The decision, which came as a surprise to his colleagues, was a protest against a proposition from the Ministry of Education on reducing enrollment at CBS despite low unemployment among CBS graduates and a societal need for their particular skill set.

Stetting continued to serve as a head of department and from 1983, he was in charge of CBS’ publishing at Handelshøjskolens Forlag. Moreover, Stetting was instrumental in the development of CBS’ diploma programme in International Business.

Read the memoirs of Lauge Stettings daughter (in Danish)