CBS supports the people of Ukraine

Danish Universities unanimously suspend cooperation with Russia and Belarus on research and education. 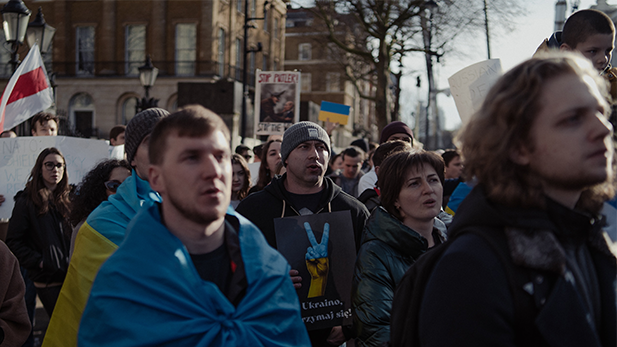 On Tuesday 1 March 2022 Denmark’s eight universities jointly condemned the Russian invasion of Ukraine and suspended all cooperation with Russian and Belarusian institutional partners on research and education.

– Today, Universities Denmark made the joint decision to support the people of Ukraine by halting all formal institutional cooperation on education and research with Russian and Belarusian institutional partners, states Inger Askehave, Acting President of CBS.

Read joint press release and condemnation from Denmark’s eight universities of the Russia invasion of Ukraine.

The Danish Minister of Higher Education and Science, Jesper Petersen (Social Democrat), issued a press release (currently available in Danish only) in the afternoon of Tuesday 1 March 2022 calling for the cessation of cooperation

For CBS, this means that all formal institutional collaborations, i.e. between university heads, are now suspended. This primarily concerns partnership agreements with three universities. CBS does not have any students studying abroad in Russia, Belarus or Ukraine. Jointly with the other Danish universities, CBS is monitoring the situation and conducting an ongoing assessment to determine whether further measures are needed.

– It is a horrendous situation, and we must all do everything we can to help via our networks. We are receiving multiple inquiries from students and staff about what can be done to support the victims of the war. My recommendation is to provide support through established organisations, explains Askehave.

CBS has made a list of researchers available with expertise related to the war in Ukraine. Please email info@cbs.dk if any suggestions for the list.