Digitalisation: "In a democracy, you do not settle for the first available solution"

"Education is the best investment you can make. No one can take it away from you”

Why is it some fiery souls succeed in creating changes while others do not? Professor Eva Boxenbaum’s research concentrates on the driving forces that can generate permanent societal changes. 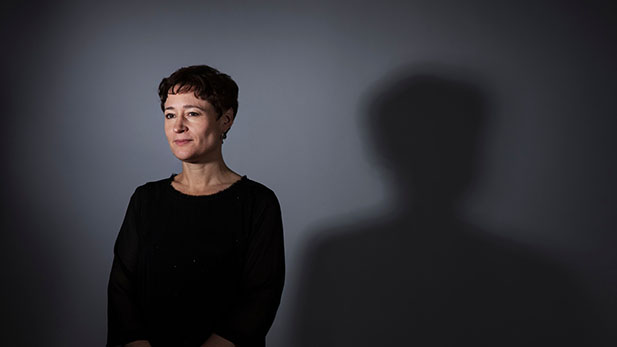 What happens when Airbnb, the great architects of modernism, or Sofie Linde's speech at the Zulu Comedy Gala sets into motion a wave of change? And why do only a few fiery souls succeed in changing society's ways of doing things?

Professor Eva Boxenbaum from the Department of Organization at Copenhagen Business School (CBS) has set out to find answers to this with her research into institutional entrepreneurs.

Tomorrow, she is one of five researchers who receives the EliteForsk award. This is given to Denmark's most talented younger researchers for their excellent research results and their contribution to solving Denmark's and the world's major societal challenges.

The fiery souls come from outside

Eva Boxenbaum’s research has included examination regarding how passionate people have brought the idea of​​ corporate social responsibility into organisations in both Denmark and Quebec in Canada.

“We are so embedded in the norms of society that we can sometimes feel like little puppets in our cultural universe. Yet, there is always someone who wants to create societal changes,” she says.

“Typically, enthusiasts have experiences from elsewhere - abroad or from another type of organisation. They have experienced that things can be radically different and imagine alternatives that can help solve challenges in their current industry or organisation,” she adds.

The great importance of concrete

Research also shows that fiery souls do not get anywhere alone with their idea. It became clear in the study of how modernism changed construction in large parts of the western world.

The fiery souls of Le Corbusier and Arne Jacobsen with their ideas of completely new architecture would never have had the enormous breakthrough without strong social forces that would ensure good housing for the entire population after the war. Crucially, the new building material also became concrete, enabling the industry to build more and faster for the same money.

Now Eva Boxenbaum and her team at CBS are investigating how public libraries work with social integration and adapt to the times through new construction and other creative initiatives.

Eva Boxenbaum's path into academia is unusual, as a letter she wrote to Mother Teresa became crucial to her future career. In 1990, she volunteered at the original hospice in Calcutta, where she became deeply involved in the interplay between enthusiasts, organisations, and cultures in the healthcare sector.

This led her to Montreal, Canada, where she studied anthropology and social work, and worked as a social worker before becoming a researcher in organisational theory at CBS.

“Eva Boxenbaum is in international top-class researcher and has achieved excellent results. Her work has the potential to have significance in relation to changes within gender equality and the green transition,” says Minister of Education and Research Ane Halsboe-Jørgensen.

The five researchers receive DKK 1.2 million in recognition of their great efforts in Danish research. The 200,000 kroner is a personal honour award, while 1,000,000 kroner is earmarked for research activities.