Do you want to know more about sustainable transformation and responsible management? Are you interested in how sustainable standards gain legitimacy? Or have you ever wondered whether government and CSR should be interconnected or independent of one another? Then you should read CBS’ research publications from December, which investigate these topics along with many others.

Human Resource Management in the year 2016, servitisation as a competitive strategy and welfare creation is among the subjects you can hear more about at CBS in January.

When welfare is created at the edge of society's conventions 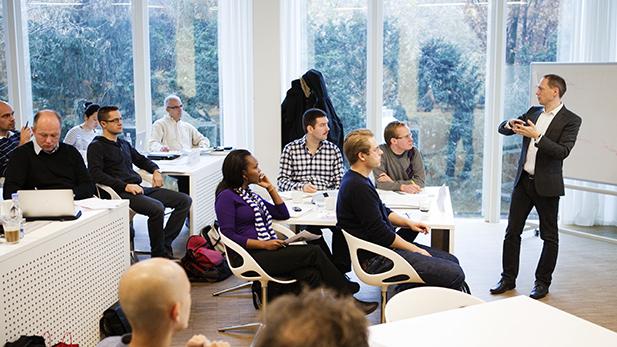 HRM conference: Tribute to Henrik Holt Larsen
Human Ressource Management first made an impact in the  80s, but where is the discipline headed as a research area and in practice? The HRM conference is a tribute to expert and Professor Henrik Holt Larsen and his considerable and long-standing contribution to HRM in Denmark. HRM in the year 2016 will be debated and reviewed from different perspectives by practitioners and researchers.

Expansion through servitisation
Services to a physical product, servitisation, can be a competitive strategy to increase competitiveness and help businesses expand. Many relevant questions will be discussed at this research seminar, introduced by Professor Christer Karlsson. Professor Andy Neely with the University of Cambridge will give a presentation on value creation through customer service. He is recognised for his work in servitisation and performance measurement/management. The research seminar is part of the Servitisation project, which is funded by the Danish Industry Foundation.
Time and place:
19 January 10:00-11:30
K1.43, Kilevej 14 A/B, 2000 Frederiksberg
Read more about the event.
When welfare is created at the edge of society's conventions
New perspectives on welfare creation and welfare management will be examined at this debate organised in cooperation between CBS, DJØF Publishing and prominent individuals working to renew public values. The debate will be moderated by Preben Molander, Professor at CBS, and will include Steen Hildebrandt, Adjunct Professor, Jonas Norgaard Mortensen, Director of the Institute of Relation Psychology, and Preben Brandt, psychiatrist and founder of the foundation "Udenfor", who will give presentations for the debate on the welfare creation of the future after the competitive state.
Time and place:
20 January 16:00-19:30
Ks43, Kilevej 14 A/B, 2000 Frederiksberg
Read more about the event.
PhD defence at CBS in January
Dorte Boesby Dahl: The making of the public parking attendant - Dirt, aesthetics, and inclusion in public service work
18 January
Signe Sofie Dyrby: Enterprise Social Media at Work
22 January
The page was last edited by: Communications // 12/17/2017