CBS' adjusted proposal for a reduction in student places is ready

An internal consultation on reducing the number of student places at CBS in Frederiksberg has been concluded. The consultation has been a constructive process, and an adjusted proposal is now ready for approval by the Board. 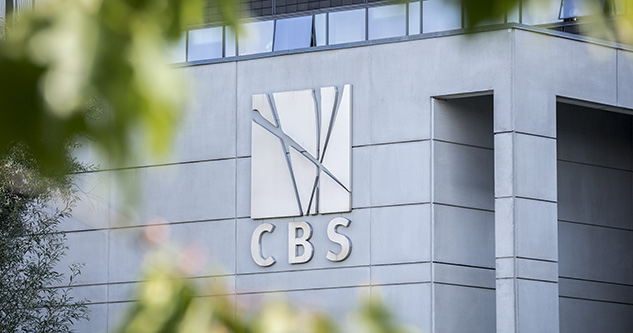 All Danish universities have been called upon to reduce admissions in the larger cities by up to 10 percent by 2030 and must submit a road map to the Danish Agency for Higher Education and Science in the new year. Following internal consultation, an adjusted plan for a reduction in the number of student places at CBS has been drawn up that will be presented to the Board for final approval on 2 December 2021. It contains a number of changes as a result of the consultation process.

Acting president Inger Askehave says:
"We have had a constructive, lively consultation process providing clarification and valuable input, for which we are grateful. Following the consultation, we have decided to adjust the plan, which we will now put before the Board for approval."

According to Askehave, one wish in particular was a recurring theme in the consultation process, namely, to strike a better balance between closing degree programmes and reducing student places on existing programmes. We have accommodated this wish in the adjusted plan, albeit with a continued focus on the present and future needs of the labour market and on CBS’ scope for compensating for negative financial consequences of DKK 45 to 55 million per year.

The consultation process highlighted, for instance the fact that choice of master’s programme is an important factor for employment. For example, the figures for HA (fil.) Erhvervsøkonomi – filosofi show that when combined with a cand. merc. master’s, the degree opens the door to equally good employment opportunities as for other cand. merc. graduates. The consultation also showed that cand.soc. Organizational Innovation and Entrepreneurship, owing to its focus on entrepreneurship, has a relatively sizeable portion of students from the programme who try to set up their own companies and thus take a longer time to find employment in their own or another company.

The adjusted plan, which applies from 2023 and covers half of the reduction requirement of 628 student places, will be presented to the Board for adoption on 2 December 2021. This means that the:

With regard to the adjusted plan, Askehave explains:
"The students who are affected can rest assured that they will be able to complete their degrees with a warm recommendation to prospective employers. We have been tasked with reducing student places in Frederiksberg, and under these circumstances we feel we have put together a solid plan that respects CBS’ strategy to train graduates who make a difference to the business community and to society."

Before Christmas, CBS will submit its institutional plan to the Agency for Higher Education and Science for incorporation into an overall sectoral plan for all eight universities in Denmark that will be discussed by the parties behind the agreement. The sectoral plan will be debated and adopted by the Danish Parliament in spring, and CBS will continue efforts in the coming years to implement transformational elements on all its degree programmes through initiatives such as the Nordic Nine, the reform of the graduate programme portfolio, the introduction of signature course packs, and the upcoming new cand.merc. programme.