After Obama – now what?

The US election is a choice between the well-known with a twist and the great unknown. In an interview, Associate Professor Edward Ashbee and Professor Morten Ougaard discuss the presidential election and the impact it will have on multinational corporations and Europe. 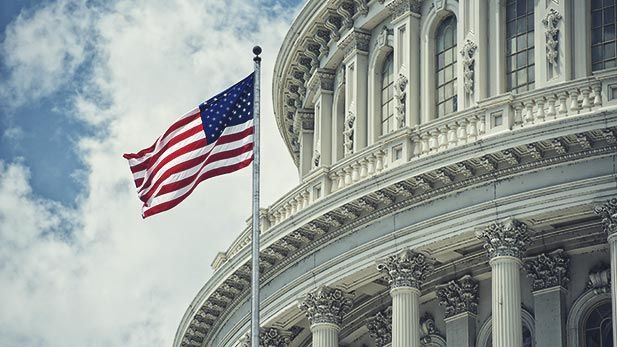 What’s your impression of the presidential election?
Edward Ashbee: "It’s a very different election compared to 2008 when we heard slogans like Hope and Change and big, big visions. On the Democratic side those visions have been lost. When people root for Clinton, it’s partly because she’s not Trump. Overall, the Democrats now promise continuity rather than big visions and it’s difficult to comprehend the forms of change offered by the Trump campaign.

This election has certainly changed political discourse in all sorts of ways.
In 2012 Mitt Romney said rather clumsily that he had ‘binders full of women’ and was widely criticised. Now we hear daily accusations against Trump. The language of politics has changed dramatically and has a much more unrestrained character. Sexist and racist language has almost become mainstream."

Morten Ougaard: "The election in the US represents a choice between, on the one hand, the extreme and unpredictable policies Trump stands for and, on the other, – represented by Clinton – policies that pursue putting America first but with overall continued American involvement in global collaboration in an open economy. I’m quite inclined to say that it’s a choice between Hillary or Chaos.

Trump represents a phenomenon that can be interpreted as dissatisfaction with economic developments and a criticism of international trade agreements. The global economic model has created discontent in the US that matches the level of dissatisfaction in Britain that led to Brexit."

What can we expect if Trump surprisingly wins?
Morten Ougaard: "Trump is quite unique. He is uninformed, irresponsible and makes statements off the cuff. It’s very difficult to predict what he’ll do if he becomes president. He has said that he will terminate all existing trade agreements and make new ones that are better, which is totally unrealistic."

Edward Ashbee: "If Trump pulls off a win, it’s likely that the dollar will drop just as the pound did after Brexit. Trump has indicated he’ll redirect US foreign policy. He has also signalled that he’ll seek closers relations with Russia. This could well prove destabilising and bring scarier times for Denmark and for Europe.

Usually, right wing victories are regarded as stabilising, left wing advances are seen destabilising, particularly for business. Here, it’s the other way around because Trump is widely regarded as an unstable character. The policy implications are unclear. Certainly he has broken ranks with most other Republicans. He says that he will ‘make America great again’, but at same time he has attacked big business and criticises Clinton for being too close to Wall Street."

What can we expect if Clinton wins?
Morten Ougaard: "During her election campaign Clinton has indicated that she’s become more critical of some major new international trade agreements under way, including the Trans-Pacific Partnership (TPP) and the Transatlantic Trade and Investment Partnership (TTIP). She has embraced America First policies in various ways, for example by doing more to promote manufacturing in the US and to make it more attractive for large multinational American corporations to manufacture their products in the US instead of abroad. But does this mean she’ll turn her back to the internationalisation efforts of the last decades? She won’t roll back agreements, but she’ll probably go to the limit of what’s possible within existing international agreements. For instance, people will be encouraged to buy American products and the tax rules will perhaps be altered to make investing in the US more favourable.

It’s difficult to say what the net result will be. Some companies will be upset if the trade agreements do not materialise, while others will be perfectly content. And then there are consumer and environmental forces that will be pleased if the Euro-American agreement is postponed or cancelled. If Hillary succeeds in sparking more growth in the US, however, then there will be Danish companies able to sell more regardless of the future of the trade agreements."

Edward Ashbee: "If Clinton wins we will see more continuity, although she’ll be under pressure from some in her party to move leftwards. For example a few years ago Clinton was talking about trade deals and the Trans-Pacific Partnership as the ‘gold standard’. She has now backtracked on this, partly because of Trump’s onslaughts and partly because of the way in which Bernie Sanders pressed the issue during the primaries. Clinton is said to be more open to the idea of military intervention overseas, but I don't see a big difference in practice between a Clinton and the Obama White House."

What in particular is at stake from a global perspective?
Morten Ougaard: "There’s a general shift on the way that somewhat depends on the US Presidential and Congressional elections. If you follow the G20, the World Bank and other international organizations, in other words the entities that represent global economic governance and that define global cooperation in the effort to regulate the world economy, then there is a change under way that greatly depends on being supported and implemented nationally by each country. In this regard, the US is very important. During his presidency, Obama was often blocked by Congress. An interesting issue after the election will be whether the US can more decisively and effectively take part in global cooperation. If the election weakens the Republicans, there will be fewer obstacles against policies toward for instance climate change, relations to China, and the fight against tax evasion. The US will step into a more powerful role as an international leader. This can initiate a shift away from using monetary policy alone to solve the growth crisis and towards a more efficient use of fiscal policies, and the pursuit of new objectives on inclusive growth. In other words, less inequality and a better understanding of the fact that developing and developed countries, as we called them in the old days, are more closely connected. If the Republicans maintain control of Congress, or expand it, then unpredictable times lie ahead for international trade."

What is the general prospect for multinational corporations?
Edward Ashbee: "If we put everything together and consider political developments in Europe as well, I see countries pulling in on themselves thus putting everybody in a more uncertain position. Uncertainty is never good for investment. It’s difficult to know what this will mean in practice and what a Trump White House will look like. The only thing we can be sure about is that the mood music is turning away from free trade and that countries are turning in on themselves. That will inevitably make life more difficult for companies involved in global business.