The company 21-5 offers to buy and share holiday residences between families and is this year’s winner of the marketing award from HBH. 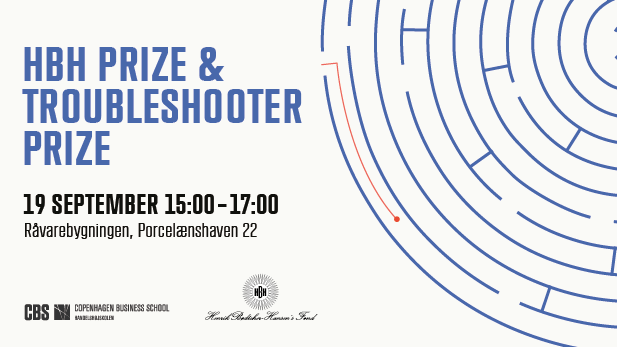 21-5 combines shared economy, holiday and housing investment and is the winner of this year’s HBH Prize. In the past decade, the Danish company 21-5 has made a name for itself in Denmark by selling shared holiday residences to families. 21-5 connects 21 families in an owner association and finds 5 holiday residences for them – hence the name.  The company’s excellent performance has paved the way for introducing the concept to Norway, Sweden, USA and Canada. And now, they are the winner of this year’s HBH Prize. The prize will be presented by CBS President Nikolaj Malchow-Møller.

- 21-5 is a splendid example of a company who has found a way to ride the sharing economy wave, which is one of the strongest tendencies of our time. In combination with a profound insight and knowledge, 21-5 has made a new business model for the benefit of customers as well as the company, says Nikolaj Malchow-Møller.

The HBH Prize, awarded every year together with CBS, is established by the HBH Foundation. The founder of the award is Henrik Bødtcher-Hansen. He established a company shortly after World War II and made HBH a household name within electric appliances by means of creative and modern marketing.

Today, the award is given to an individual, company or organisation, “who, in their marketing of a product or an idea, have stood out by means of a well-thought analysis and creative strategy”. Mogens Bjerre, Associate Professor, says about this year’s recipient

- 21-5 has demonstrated that sharing economy can be used in many more areas than we have seen so far. The service they offer means that holiday residences are used more frequently, that the local shopkeepers earn more, and that the families can choose between several destinations. And that is just a win-win-win situation, says Mogens Bjerre. He adds that so far, 21-5 has formed more than 28 owner associations with 21 families each and invested in property for more than 1 billion kroner.