Leading through transformation – from incumbent telco to two digital start-ups

We are thrilled to announce the first event at CBS with Allison Kirkby, President & CEO at TDC Group and new Executive Residence at CBS for 2019-2020! 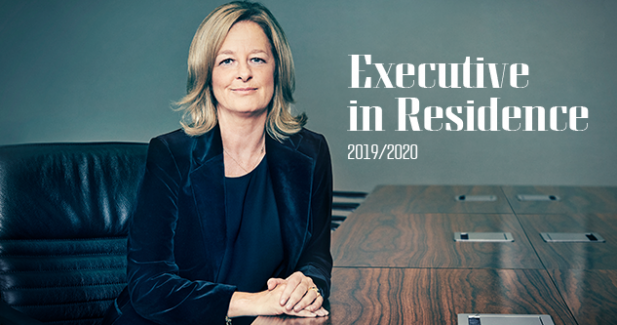 Allison Kirkby began her career as an accounting trainee in Guinness (formerly United Distillers) and spent two decades in Procter & Gamble. She moved into the TMT sector in 2010, first at Virgin Media then at Shine, a division of 21st Century Fox, and ultimately, she served as President & Group CEO of Tele2 AB from 2015 to 2018, following a successful 15-month tenure as Group CFO. After the sale of TDC Group to a private consortium in 2018, she was appointed the new President & CEO of TDC Group.

Allison Kirkby is one of the most successful TMT sector CEOs, in recent times, and was awarded the Most Powerful Female CEO in Sweden in 2017.

At this event, Allison Kirkby will share her view on the ongoing transformation of TDC Group, where she is leading the structural separation of the incumbent telco into two new digital start-ups. You will get insights into why and how TDC Group is planning to split a 140-year-old company and how you successfully lead a company through major transformation and disruption.

This event is hosted by CBS & CBS Talks