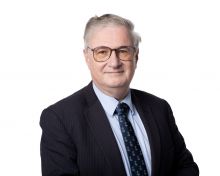 My research will focus on international organizations, in particular the International Maritime Organization (IMO) – the United Nations agency with responsibility for the safety and security of shipping and the prevention of marine pollution by ships.
My investigation will focus on the identified gaps in theory including the role of dynamics of the negotiating situations and the influence of the process itself, and the dynamics of the institution, that may influence outcomes separately from the power of the participating states.
I will investigate  non-states influence in International organisations, which is still rudimentary, and the possible lack of correspondence between the power of a state in one field with its power and influence in another, which is also usually overlooked.

Link to this homepage
www.cbs.dk/en/staff/mprioa
Outside activities

Deputy Director of Danish Maritime & Representation in IMO for CESA