New head for Department of Organization at CBS

Carsten Greve, a CBS professor of public management and governance, has been appointed as the new head for CBS’ Department of Organization. 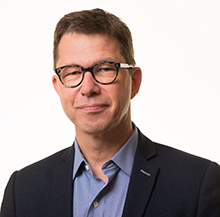 With a background in political science and a research focus on public management reforms and public-private partnerships, Carsten Greve will become the new Head of Department of Organization (IOA).

Carsten is 56 years-old and has been at CBS for 17 years – since 2010 as a full professor. He is already a well-known figure at IOA, which he joined in 2017 from the former Department of Business and Politics.

“I am delighted to take on this role and want to develop IOA further from its current strong foundation to an even more prolific department focusing on quality and public value within research, teaching and outreach in relation to organisations and organisational processes,” says Carsten Greve.

“Carsten has the ability, desire, and scientific insight to contribute to the development of the Department of Organization as well as CBS’ transformative strategy,” says Acting President of CBS Inger Askehave.

Carsten plans to develop an internal organisational capacity in order to strengthen IOA’s ability to create public value, including strengthening the communication about the department's activities and impact on society.

“I am looking forward to working together will all employees in a constructive manner – and to improve the dialogue with collaborative partners and students in transforming practices and addressing societal challenges, like climate change, embedded in the CBS overall strategy,” adds Carsten Greve.

“I am looking very much forward to following his exciting ambitions for IOA and am convinced that he is going to add great value – not only to IOA but also to the entire group of heads of department and CBS as a whole,” adds Inger Askehave.

Carsten Greve takes up the position as head of department from 1st January taking over from Signe Vikkelsø, who has been in charge of IOA since 2015. Signe continues as professor (mso) at the department and in her new role in the Blue Ribbon Leadership initiative.