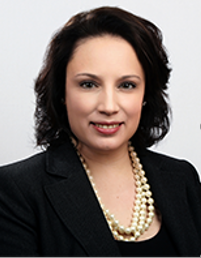 John Rohr ardently maintained that constitutions matter.  As we progress into the 21st century, Rohr’s work continues to serve as a pillar for the advancement of democratic governance processes.  The field of public administration across the globe, however, has become increasingly focused on the application of quantitative methods and statistical analyses to determine whether or not governments, public administrative agencies, elected officials, and civil servants are meeting the demands of the citizens they serve.  As such, far too many scholars are not engaging some of the most pressing issues and questions affecting the world at large.  To this point, Norma Riccucci (2010) astutely observes, in current public administration research we too often allow methodology to dictate the research questions we ask instead of allowing the research question to dictate the methodology.  This growing trend is at fundamental odds with Rohr’s normative, constitutionally grounded approach to the study and practice of public administration.  It does not provide the level of critical thinking required to educate and inform civil servants regarding the type of ethical judgment needed to achieve more responsive, responsible, and representative public sector decision-making.  Rohr’s training in ethics and morality dictated that public civil servants are at the forefront of democratic regimes.  This presentation will emphasize how public administration scholars and practitioners can institute a resurgence of the ideas and values essential in Rohr’s conceptualization of the modern administrative state including but not limited to moral reasoning and judgment, respect for the rule of law, equity and fairness, due process, and professionalism.

Bio: Stephanie Newbold is a member of the School of Public Affairs and Administration and Director of the MPA Program at Rutgers University, USA. Stephanie specializes in the intellectual history of public administration, democratic-constitutionalism, and the intersection between the American Constitution and the administrative state.  She currently serves as the editor of the book review section for Public Administration Review. During 2012, Stephanie served as the U.S. Supreme Court Fellow in the Office of the Counselor to the Chief Justice. Largely regarded as one of the most prestigious fellowships in the United States for mid-career professionals, this opportunity afforded her the opportunity to contribute to the administrative functions and responsibilities of the Supreme Court and other judicial branch agencies.