Is organization theory and research becoming outdated, empirically irrelevant, or losing its scholarly touch? Is it losing out to other fields in management research? Is there hope of renewal, and if so, in what form? We invite international and local scholars to a series of seminars hosted by the Department of Organization, to reflect on the past, the present and possible futures of organization studies.

A seminar series at the Department of Organization, Copenhagen Business School

In 2017-2018, the IOA Conversation Series will focus on ‘Institutional Interfaces’ and explore opportunities for cross-fertilization between institutional theory and adjacent literatures or methodologies.

The IOA Conversation Series is a series of seminars, that are organized and chaired by researchers from the Department of Organization. At each seminar, we invite two guests to present work in progress, as a lead-in to a discussion about current issues within the field of organizational research. In 2017-2018, the IOA Conversation Series will focus on ‘Institutional Interfaces’ and explore opportunities for cross-fertilization between institutional theory and adjacent literatures or methodologies.

Please confer with the seminar calendar if you would like to know more about the programme.

The future of Organizational theory?

Background
Organization studies, at least in its traditional form, seems to be losing terrain in business schools and universities. While it may still be going fairly strong in Scandinavia, it seems to be regressing in other parts of Europe and in the U.S. Although the Academy of Management and EGOS experience continually growing memberships, it is increasingly questioned whether there is, and whether there should be, a field worthy the name of organization studies. To whom does it speak? Social sciences? Practitioners? Whereas OS exhibits a rich past of close links both with social science and the world of practice, we are not sure if this is still the case. Instead, we fear that we are witnessing a field in a state of fragmentation and/or a field that is closing in on itself. One sign is the virtual absence of practitioners at the Academy of Management Conference. Another sign is the lack of social scientists outside the management field at the EGOS conference. Andrew Van de Ven’s recent plea for engaged scholarship clearly addresses the problem of being relevant and interesting to other disciplines as well as to practitioners.

Are these signs that OS is becoming outdated, empirically irrelevant, or losing its scholarly touch? Is it losing out to other fields? Is there hope of renewal, and if so, in what form? What is happening to the field, what can we as scholars do to save it, or should we do anything to save it?

We invite scholars and practitioners to a series of seminars hosted by the Department of Organization, to reflect on the past, the present and possible futures of organization studies. Our aim is for each seminar, to invite one or two OS scholars, a scholar from another discipline (philosophy, sociology, anthropology, technology studies, etc), and one or two practitioners.

We suggest that conversations might focus on – but not limited to – the following areas:

Theoretical traditions
Can we connect to sister and mother traditions? Social anthropologists study organizations, so do political scientists and psychologists. Traditional organization theory had visible roots in the social sciences (sociology, social psychology, cognitive psychology, systems thinking). Its project was largely to delineate a organizations as a field of study within sociology. The 1980s and the 1990s witnessed OS as a relatively self-contained field, with important theory development in a number of areas, such as identity and culture, power, learning, … In the past few years studies have emerged in OS, particularly in Europe, inspired by foundational works in philosophy and sociology, often by younger researchers.

Empirical focus
Should we rethink the empirical basis of OS, and with it, the very definitions that we apply to organizations? Traditional organizational research has focused on large formal organizations. Handbooks, for example, are typically structured according to organizational, intra-organizational, and inter-organizational perspectives. We expect the focus still to be dominant, although the world of business includes amorphous constellations of start-ups- business and science parks, university-business collaboration, supplier chains, etc. Or, at an empirically more mundane, yet analytically more refined level, does OS engage with the world as experienced by practitioners, on their premises, and as experienced through the terminologies and constructs of OS researcher? Fred Taylor seemed close to the concerns of practitioners, but was somewhat unlucky with his choice of motivational drive. Is it time to move from managers and leaders in formal organizations to practitioners who influence lives, such as judges, newspapers editors, consultants, doctors, politicians?

Is OS to be condemned to stay within the walls of business schools, if so, in which form? Does it have a future in corporate in-house programmes, Bachelors, MBA, M.Sc programmes? On the other hand, is OS to be excluded from sociology and social anthropology departments at universities? What is to happen to the analytical life-blood of OS, once provided by theories at university departments?
Research and dissemination

Do we have, should we have, a voice in social science and in public debate? As focus shifts from explaining phenomena to measuring them, preferably in areas that are favoured by journals of high citation impact, as business schools encourage faculty to go for areas that are more likely to get published in A-journals. Measuring a phenomenon is more rewarded than explaining it, and measuring it according to flavour of the month constructs is more rewarded than trying out novel ones. Such constraints lead us into what Starbuck, in a recent SJM paper, refers to as faddishness. As to public debate, where is the voice of OS when it comes to important questions, such as financial crises, the environment, emerging economies, politics, etc?

What about the field itself?
We invite reflections on more “existential” questions. For example, should we accept that OS is no longer an approach in itself, but a conglomerate of thematic studies, such as HRM, leadership, mergers and acquisitions, outsourcing, entrepreneurship, corporate governance, and ethics? 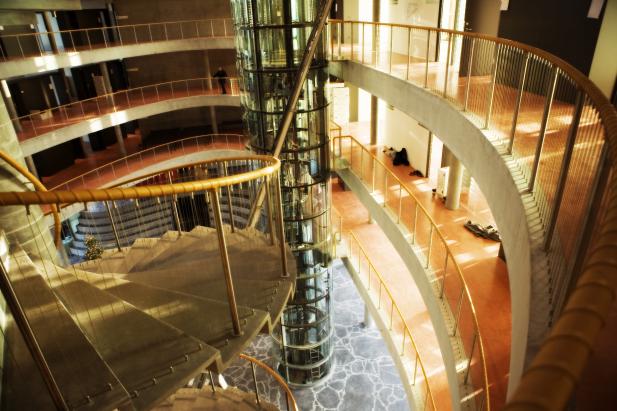