imagine .. focuses on the study of creative industries. Although creative industries are commonly understood to include artistic, entertainment and media organisations, such as fashion, film, music, publishing, and so on, centre members have adopted a somewhat broader definition that includes all fields of cultural production in which design, trends, and goods and services associated with artistic and entertainment values play a prominent role. Research activities thus extend into the automobile, interior design, toy and IT businesses, as well as into olfactory marketing. 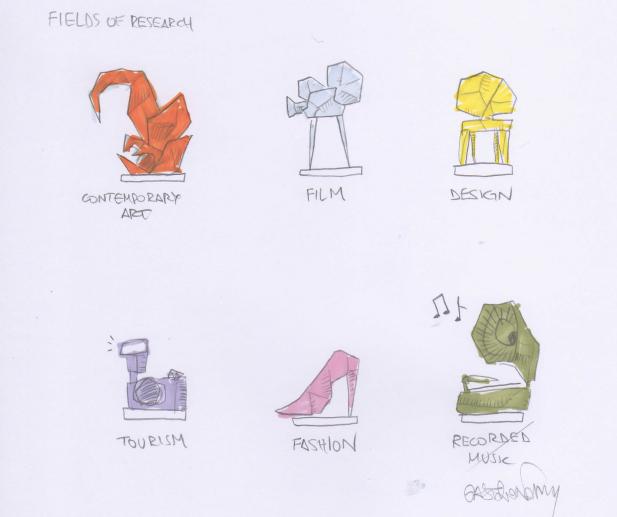 The phrase ‘creative industries’ is chosen to focus on the nexus between culture and economy. A central problem in creative industries is the coordination of symbolic and material production, creativity and commerce. For example, many creative industries are characterised by the ‘double consumer’ bind: goods and services are created for targeted consumers, but with the financial backing of sponsor organisations, which often have an input in the content of what they are sponsoring. Creative industries have to meet the needs of both these consumer groups. This means that various forces of creativity and constraint come into play in the production of creative goods and services, and that different kinds of competing power are located in different parts of the industry. Centre members, therefore, examine the economic and social processes and norms underpinning the organisation of creative industries, as well as the effect these have on the content of their finished products, and the ways in which these products dovetail with consumer ‘demand’.

At the same time, however, design practices find their way into many business-related areas outside the field of creative industries per se and these involve using creative resources in a structured way in order to develop objects, artefacts, systems and services. In this respect, design becomes a particular set of tools that companies have at their disposal to enable innovation, so that more industries may become more creative with time. This raises an issue of how to exploit these tools, how to integrate design with other business functions and what strategies are available to various companies as part of their ‘knowledge economy’.

Creative industries rely on complex teams of differentially skilled personnel to coordinate their activities temporally to produce goods and services of infinite variety. They are characterised by a broad distinction between personnel involved in ‘creative effort’, on the one hand, and in ‘humdrum commerce’, on the other. No two industries, however, are quite the same. Rather, each creative industry is organised around its own particular social world: that is, a variety of individual and institutional agents, whose collaborative effort makes the product, for which a creative industry is noted. These social networks of cultural production may operate at local as well as transnational levels. There are differences in scale, depending on the industry concerned. Some are dominated by a few multinational corporations; others by small-scale fragmented companies, making up a trans-urban sector. Yet others are marked by interaction between large and small institutions.

Global networks are also an integral part of the centre members’ interests. These refer both to processes of geographical segmentation in creative industries, and to the interconnection between places, industries and people in different centres and peripheries that are linked by global systems of distribution and market research. We are particularly concerned with flows of knowledge and information, on the one hand, and with labour and production processes, on the other. Each creative industry constitutes a field of organisations, markets and networks. Nevertheless, each industry can be, and often is, linked to other industries by means of celebrities who then enable new fields to form out of previously separate industries (such as those of film, publishing, fashion, toys and games). Different creative industries have different network geographies, often located in ‘global cities’. Fashion design, for example, is centred in Paris (with London, Milan and New York as competing centres).

Yet, the substantial part of the garment manufacturing is centred in East Asia with business people from Hong Kong, Korea and Taiwan playing a crucial intermediary role. Asian creative industries are themselves becoming global players in the generation of creative products (for example, the Bollywood and Hong Kong film industries, or Japanese electronic goods, design and anime cartoons). Therefore, in mapping transnational creative industries centre members pay attention to the centres as well as to the peripheries.

Research carried out in imagine.. is:

imagine.. is formed around a number of scholars who are working in different departments at Copenhagen Business School. As a result, they bring a variety of disciplinary interests to bear on the analysis and understanding of creative industries. Some, for example, are interested in the extent to which creative industries conform to or differ from other industries in their organisational forms. To what extent does the very notion of “creativity” affect social interaction and output in an organisation? Others look at the role of design in the marketing of products. How is design incorporated in the production process and what are the tensions that exist between those working in design and those employed in other parts of an organisation’s structure? Yet others are concerned with the commodity chains formed by creative products. How are production processes linked to the distribution, marketing and use of fashion, art, or film, and how do such products bring people in different parts of the world together in global networks? 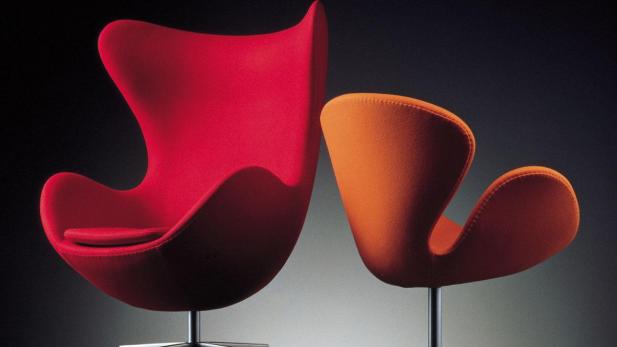 Cre8tv.eu - research project running from February 2013 to March 2016 and supported by a grant of the 7th Framework Programme of the European Commission (Socio-economic Sciences and Humanities). The Cre8tv.eu is a multi-partner and multi-disciplinary project, which will unveil the significance of creativity and cultural and creative industries in Europe (and beyond).

Creative Encounters - 2007 - 2011; Creative Encounters seeks to explore the socio-economic organization of creative industries in a global context and focuses in particular on three sectors that are of some importance in Denmark: (a) Fashion and Luxury; (b) Film and Media; and (c) Place Branding, Art and Culture. The aim of the research programme is to uncover the complex interplay between economic and cultural forces that characterises work practices, professions, organizations, and industries. To this end, Creative Encounters will engage in knowledge-producing partnerships with a broad range of business and educational organizations located both in Denmark and abroad.

The socioeconomic profile of the Creative Class - 2007

Technology, Talent and Tolerance in European Cities: A Comparative Analysis - research project from January 2005 to June 2007. Talent attraction and the factors that make places attractive to creative, mobile talent are key emerging areas of policy interest. The fundamental aim of this research is to understand the performances of regions across the UK and Europe with reference to the knowledge-based economy and to assess the extent quality of place – that is amenities, lifestyle and environmental quality – affect the ability of regions to attract talent and to generate and sustain knowledge-based industry. The project will examine the relationship between talent, technology, creativity and diversity in city-regions in UK compared to those in other European countries and North American metropolitan regions. This work offers a means to further investigate the importance of location decisions in the knowledge economy, the importance of higher education in the knowledge economy and the importance of immigration and settlement, as well as the nurturing of arts and creativity.