Office as a Vocation: re-instating and ethics of office in public service 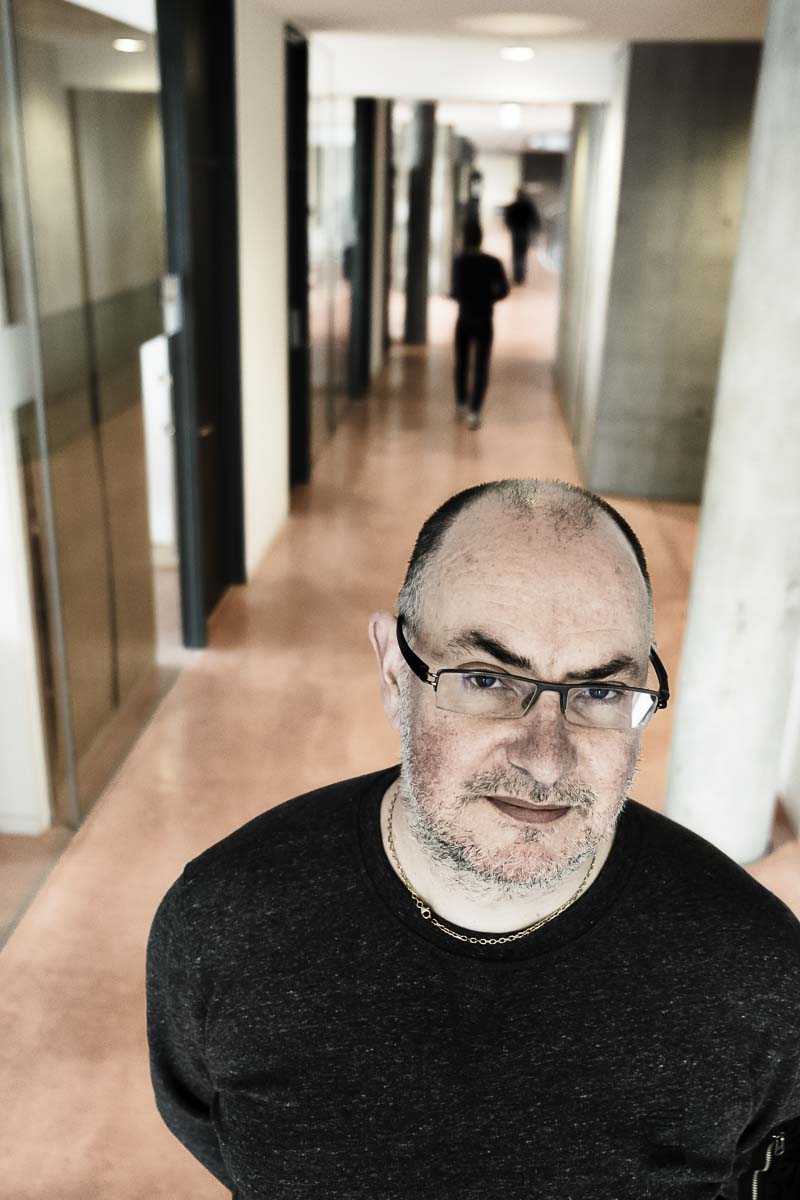 ‘Office as a Vocation’ traces the links between the history of the ethics of office, the ethical comportments, tools and devices it has elaborated, and the ethical experience of institutional life it has helped produce. At the same time, it is also concerned with charting the manner in which the ethics of Office has been occluded , not only conceptually or theoretically through its supersession in ethical and social scientific enquiry by more ‘personalist’, ‘individualist’, or  ‘subject-centred’ approaches, for instance, but also practically in relationship to a series of politico-managerial reforms of the public service often huddled together under the umbrella headings of  ‘the New Public Management’ or ‘Governance’. In order to address these concerns, the project develops and pursues two distinct but interrelated forms of enquiry:

A) An historical investigation of the ethics of office, its main constitutive elements, its key ‘theorists’, and its practical role in forming the comportment of official persona, in specific public service settings.
This first strand of the project is guided by an interest in what we term ‘a genealogy of Office and its disappearance’. This involves an investigation into, on the one hand, the vocabularies, theories and practical techniques that have comprised the instruments through which an ethics of office and particular official persona have been historically constituted, most specifically in the arena of public service; and, on the other, an exploration of the manner in which and the means through which the ethics of office has been challenged.

B) An historical and contemporary empirical analysis of the continuing indispensability of office-specific conceptions of moral agency in public service via case studies of three particular public official persona: in public administration, medicine, and the military, each of which has come under considerable pressure for reform over the last two-three decades. The aim here is to explore the manner in which contemporary political and managerial reforms of public institutions have affected the distinction between a public office and the persona who occupies it, and whether and how the ethics of office might offer a range of distinctive ethical resources for guiding and legitimating the conduct of official persona in the face of continuous and often controversial demands for radical change. As such, this second strand builds upon and deepens the first strand, by examining empirically how certain normative presuppositions common to both contemporary ‘personalist’ moral theory, and programmes of public service modernization, come to reconfigure understanding of ‘official’ life in domains of public administration, healthcare, and the armed forces, and what the implications of this are for the particular forms of public service ethics associated with these offices.

The overall objective of the project is therefore to return the ethics of office to its rightful place within the history of ethical thought and public management where it has been almost completely ’disappeared’, and, at the same time, to indicate its continuing significance for the practical conduct of a range of official public duties, and, indeed, to the production of a well-functioning and responsible civil state.
Public-private partnerships and state-owned enterprises: Towards infrastructure governance

Project description:
The researchers focus on developments in infrastructure governance and examine the developments in different modes of governance, including Public-Private Partnerships (PPPs), State-Owned Enterprises (SOEs), contracts and concessions. As the 2017-OECD report “Getting Infrastructure Right. A Framework for Better Governance” suggests, there is now a recognition that mixed modes of infrastructure governance exist in many countries. PPPs are still important, but countries can increasingly “mix” the different modes they use to provide infrastructure to business and citizens. A current change is the move away from looking solely at delivery modes to focusing on the wider “infrastructure governance”-theme and what it means for productivity and growth. Researchers are active in the International PPP Scholars Network (IP3SN) which last met in Limerick, Ireland in 2017. Previous IP3SN conferences have been held in Copenhagen/CBS (2012), Vancouver/Sauder School of Business, the University of British Columbia (2013), Melbourne/Monash University (2014), New York City/Cornell University (2015), Antwerp/University of Antwerp (2016) and Limerick/University of Limerick (2017), and Toronto (2018). Future conferences are planned for Orlando (2019) and Milan (2020). CBS is among the founding universities of the network and the conference series. The researchers have close ties with many universities that do research on infrastructure governance, including Monash University in Australia, University of British Columbia in Canada, Cornell University, and Erasmus University Rotterdam.
The group has connections to the “Governance for Smartening Public-Private Partnerships”-research project at Erasmus University in Rotterdam (Carsten Greve sits on the Advisory Board for the project).
There is also participation as expert in the OECD network of senior PPP and Infrastructure officials” that meet annually at OECD in Paris. The group is active in International Research Society on Public Management (IRSPM) where there is each year a panel on PPP chaired by Graeme Hodge and Carsten Greve.
Previous guest researchers to CBS within the field of public-private have been the following: PhD candidate Rianne Warsen from Erasmus University in Rotterdam visited CBS from May-July 2017; Jenny Lewis, Director of the Policy Lab at the University of Melbourne visited CBS in August 2017. Earlier visits and scholarly sabbaticals have included Graeme Hodge (Monash University), John Alford (Australian and New Zealand School of Government), Tamyko Ysa (ESADE Business School, Barcelona), Sophie Sturup (Xi’an Jiaotong-Liverpool University) and Anthony Boardman (University of British Columbia).
Healthcare Innovation from an Organizational Everyday Perspective 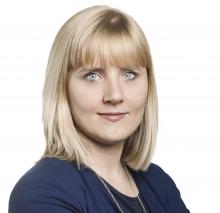 This PhD project is co-financed between Department of Organization, Copenhagen Business School and Hjertemedicinsk Klinik, Rigshospitalet.
The PhD project investigates how changes in healthcare settings affect sociotemporal practices with regards to professional work and the organization of patient trajectories. The data originates from an ethnographic study of a specific change process, i.e. the establishment of a cardiac Day Unit, and describes how patients, professionals and managers experience changes from different temporal perspectives. The combination of different theoretical perspectives contributes to organization studies by highlighting what happens in the intersection between healthcare innovation and temporal practices by exploring these questions:

1.    How can scholars conduct ‘tempography’ within organizations?
2.    How is ‘everyday temporal work’ supported by objects of time?
3.    How are ‘temporal patient trajectories’ organized?
The Transformation of Work in Digitized Public Sector Organizations 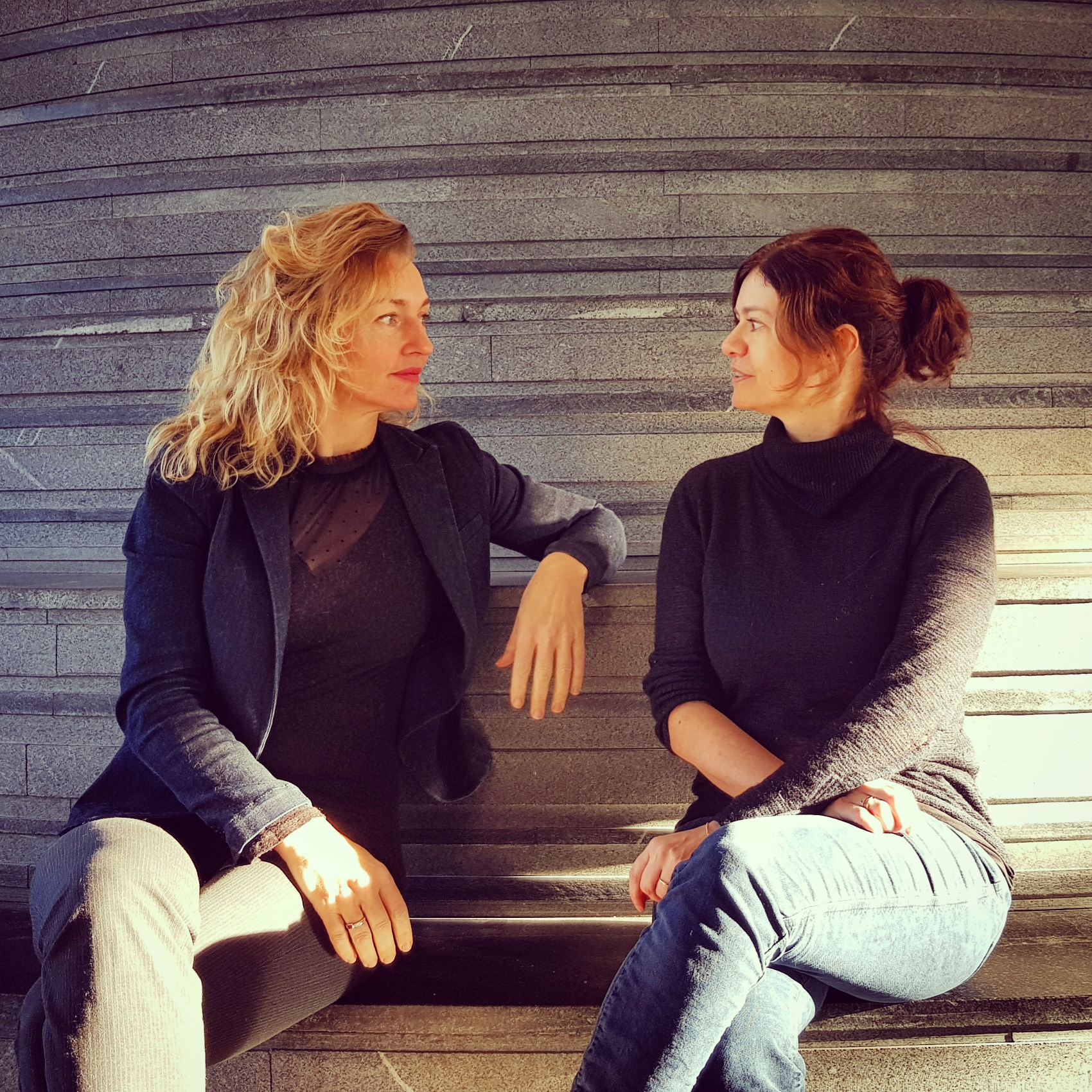 Digitization is high on the political and administrative agenda – a reform movement intended to reshape the public sector to enhance efficiency and quality. Public sector digitization is often studied as a matter of policy implementation or as technology implementation across organizations. The ambition of our project is to study and theorize public sector digitization as an organizational phenomenon. We are concerned with what happens to the bureaucracy, accountability and professional relations in public sector organizations. We study how specific digitization projects relate to organizational tasks and values. We reflect on how digitization reduces the need for particular job functions and skills, and create new tasks for both employees and managers. We look into the politics and ethics of designing and implementing digitization projects. Finally, we develop methodological and theoretical arguments for conceiving of digitization as a both situated and cross-cutting phenomenon in the public sector. We aim to make our research impactful by not only publishing in international journals but also writing Danish-language articles and teaching ‘Digitization, Organization and Management’ in the Master of Public Governance program at CBS.
Hybrid Organizing in Infrastructure Governance. The Case of the Danish State Guarantee Model 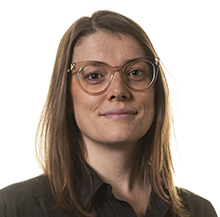 This research project explores the Danish State Guarantee Model (SGM) for delivering mega transport infrastructure projects in the perspective of infrastructure governance and hybridity in organizations. After decades of focusing almost solely on Public Private Partnerships (PPP) in transport infrastructure there is a turn internationally towards acknowledging the co-existence of more models and the need for a broader perspective also called infrastructure governance (OECD, 2017). This brings State Owned Enterprises (SOE) back into the academic and professional light after many years in the shadow of privatization (Grossi et. al., 2015, Bruton et. Al., 2015). This project focuses on the following questions:
1) how and why the SGM as a hybrid governance model has developed over time in the Danish infrastructure governance and praxis
2) how infrastructure governance takes place in the two OECD countries the Netherlands and Canada, where other hybrid governance models are preferred?
Via in-depth and comparative case studies and ethnographic fieldwork, the project contributes with insights about a modern SOE model and comparative insights on infrastructure governance to the two interrelated research areas on hybrid organizing focusing on SOEs and Public Private Partnerships (PPP) combined with the research area on Infrastructure Governance. The project is and industrial postdoc with Sund & Bælt Holding A/S and Department of Organization, Copenhagen Business School as partners supported by the Danish Innovation Fond. The results will help the management of Sund & Bælt Holding A/S to develop the SGM model in both existing and future projects.
Public Innovation and Value Creation 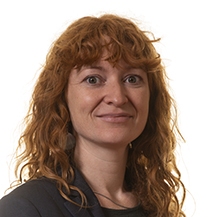 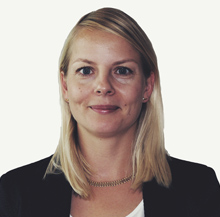 Official working title: Facilitation of Change in a Dispersed Organisation: A study of Editing Rules and Translators

The overall aim is to explore the idea of a data-driven tax administration and how this organisational change process is facilitated by focusing on the translation of the idea as it is spread internally in Udviklings of Forenklingsstyrelsen and further across to the other Tax Agencies. Based in Neoinstitutional theory, Translation and Editing Rules will be the analytical framework. The project is designed as an empirical case study of how editing rules unfolds across the organisation; looking at creation of meaning, translation spaces and translator competence. Empirical data will come from observational studies, interviews with middle managers, change agents and team member and collection of documents.

The overarching guiding question is: How is the idea of “data as a strategic asset” translated across the Danish Tax Administration?

The page was last edited by: Center for Public Organization, Value and Innovation // 03/04/2021