The Danish Minister for Food, Agriculture and Fisheries has appointed a new think tank to change the food habits of the Danish population. Torben Hansen, Professor of consumer behaviour at CBS, will join the team. He knows how supermarkets can make life easier for the consumer. 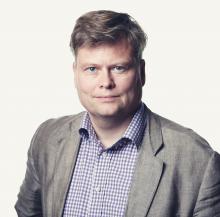 The Danes are in need of a better food culture. This means more home-cooked meals and more social meals. Torben Hansen, Professor of consumer behaviour at CBS, will be part of this effort.

He has been appointed member of a new food think tank set up by Dan Jørgensen, Minister for Food, Agriculture and Fisheries of Denmark.

­- Meals are culture-bearing and their basis is food. Food is full of rituals and everybody has their own opinion about food, so this is somewhat an emotional issue. I have been working with food for several years, and I look forward to contributing, says Torben Hansen.

The think tank has 20 members, including cooks, experts, and representatives from interest organisations. Together they will give advice related to food and meals.

Meals - a source of enjoyment every day
What can supermarkets do to lead the Danes in the right direction? And how can supermarkets as well as the consumer benefit from this? Torben Hansen has been focusing on these questions.

According to him, supermarkets could offer to put ingredients for a meal in a box with accompanying recipes. The consumer won't have to scan the shelves for food and will only have to prepare the meal at home.

­- The consumers must focus on enjoying the meal instead of what is in it. It must be a source of enjoyment every day - and not only at special occasions. It is going to be exciting to prepare the Danes for a better food culture, he says.

The other 19 members of the think tank includes prominent personalities such as Claus Meyer, Adam Price, and nutritionist Christian Bitz. The chairman of the think tank will be Søren Gade, CEO of the Danish Agriculture and Food Council.

See the members of the new think tank

Read more about the think tank