Presentation of the Global Policy Perspective Report Pacific Alliance & Observer Countries: An Agenda for cooperation, at the OECD

Opportunities and Challenges for Danish medium-sized exporters in Africa - A report by Michael W. Hansen and Henrik Gundelach 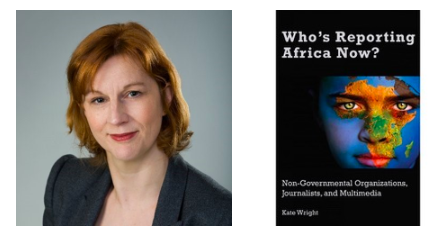 At the World Humanitarian Summit in 2016, businesses were called upon to help the aid sector cope with escalating need, at a time of intractable conflict, climate change and mass displacement. The engagement of communications technology firms in digital forms of humanitarianism has been a key (and often a controversial) focus of subsequent discussions. But tech companies are also engaging with the mediation of humanitarianism in a much broader sense, which blurs the boundaries between the fields of business and that of the so-called non-governmental ‘third’ sector. This is particularly so in sub-Saharan Africa, where “positive” images of Africans “helping themselves” are celebrated within so-called ‘Africa Rising’ narratives readily taken up and disseminated within countries such as Kenya as a (corporate and national) marketing tool, as well as by international journalists eager to avoid repeating negative stereotypes about helpless Africans in need of rescue by the West.

The CBS Africa Initiative, the Commodifying Compassion Project and the Centre for Business and Development Studies are excited to announce that Dr. Kate Wright will give an insight into her latest research on Digital Humanitarianism, launching her new book “Who’s Reporting Africa Now?” at the first CBDS seminar in 2019. The talk will be followed by an open discussion and a short wine reception at CBS.

Dr Kate Wright is a Chancellor’s Fellow in the Cultural and Creative Industries, and the Academic Lead of the research cluster in Media and Communications at the University of Edinburgh. Previously an award-winning journalist at the BBC, Kate has been researching humanitarian and development communication, including NGO journalism for the past decade. She’s currently Co-Investigator on the global Humanitarian Journalism project, funded by the UK’s Arts and Humanities Research Council. Recommendations from her research have been adopted by UN agencies and International NGOs, as well as staff at the International Committee of the Red Cross and the International Criminal Court.

Please sign up by sending an email to Juliane Lang, jla.msc@cbs.dk

The page was last edited by: Department of Management, Society and Communication // 03/06/2019